'The Ryman Diaires' to Premiere in Dickson March 13-14

NASHVILLE, Tenn. (February 2015) – The multi-media musical stage play "The Ryman Diaries" will premiere in Dickson, Tenn., during a "romantic" run from March 13-14 in the Gaslight Dinner Theatre at The Renaissance Center, 855 Tennessee Highway 46.

Described as a 19th Century love story, the historical drama depicts the life and times of Cumberland riverboat Captain Tom Ryman as told through the eyes of his wife, Bettie Baugh Ryman. The story covers 70 years of the couple's lives through film media, stage acting, and original musical numbers. It tells of their unlikely romance, marriage, entrepreneurship, raising seven children on a riverboat, ultimate success, Christian conversion at a tent meeting, and the building of the Union Gospel Tabernacle. 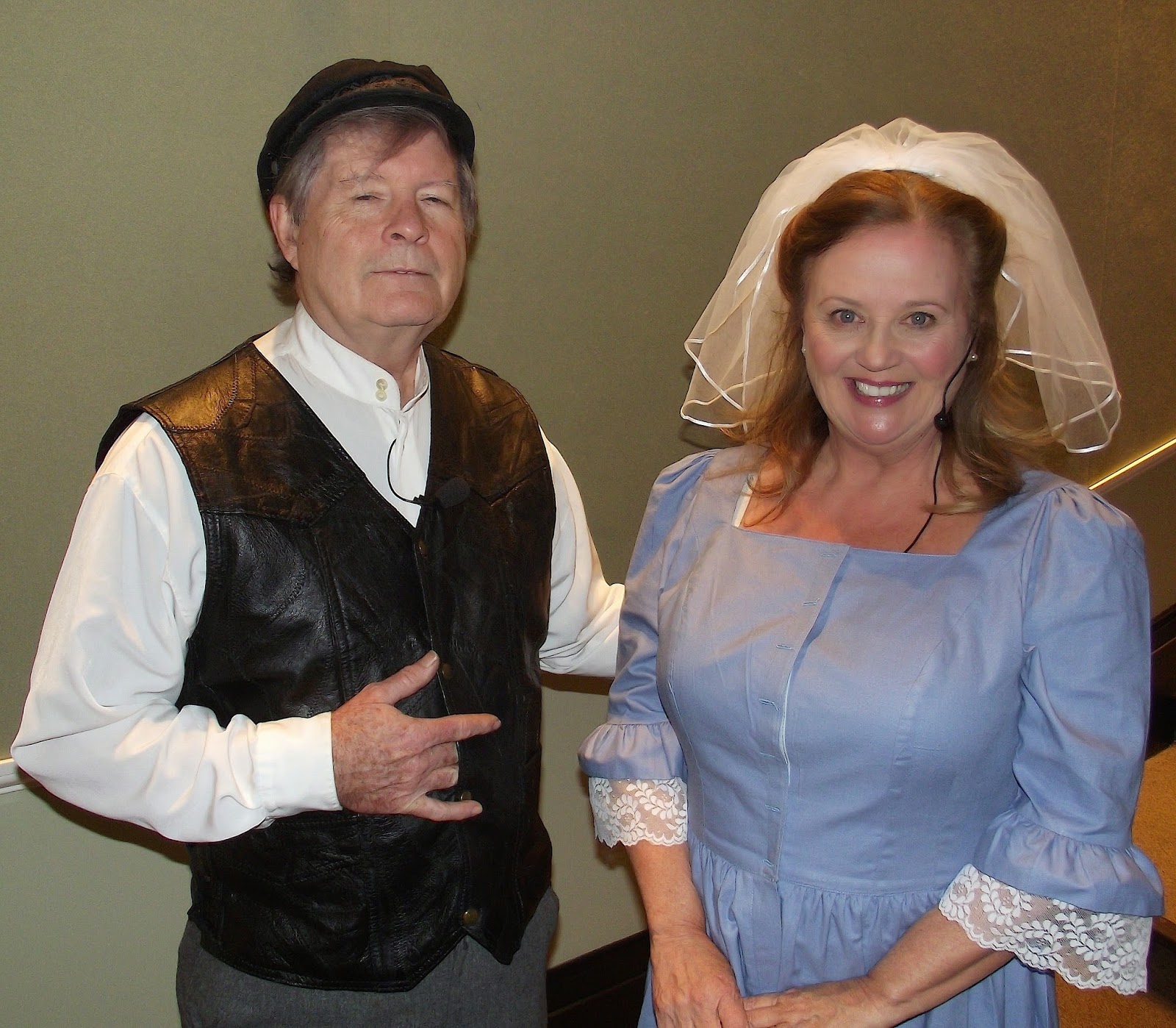 The production, which took two years to write, choreograph and stage, stars award-winning actor/playwright/director Tom Dolan and author/musician/educator Debbie Mathis Watts. The play is based on Watts' book, "The Ryman Diaries", with additional dialog from Dolan. The actors penned seven songs for the production. Film clips feature flashbacks of young Bettie and historical stills provided by the Metro Archives.

"Both Bettie and Tom had the hearts of musicians, so it was totally fitting that they would play and sing," said Watts, who taught at Dickson County High School for six years. "They were true romantics who laid the musical foundation for Middle Tennessee." 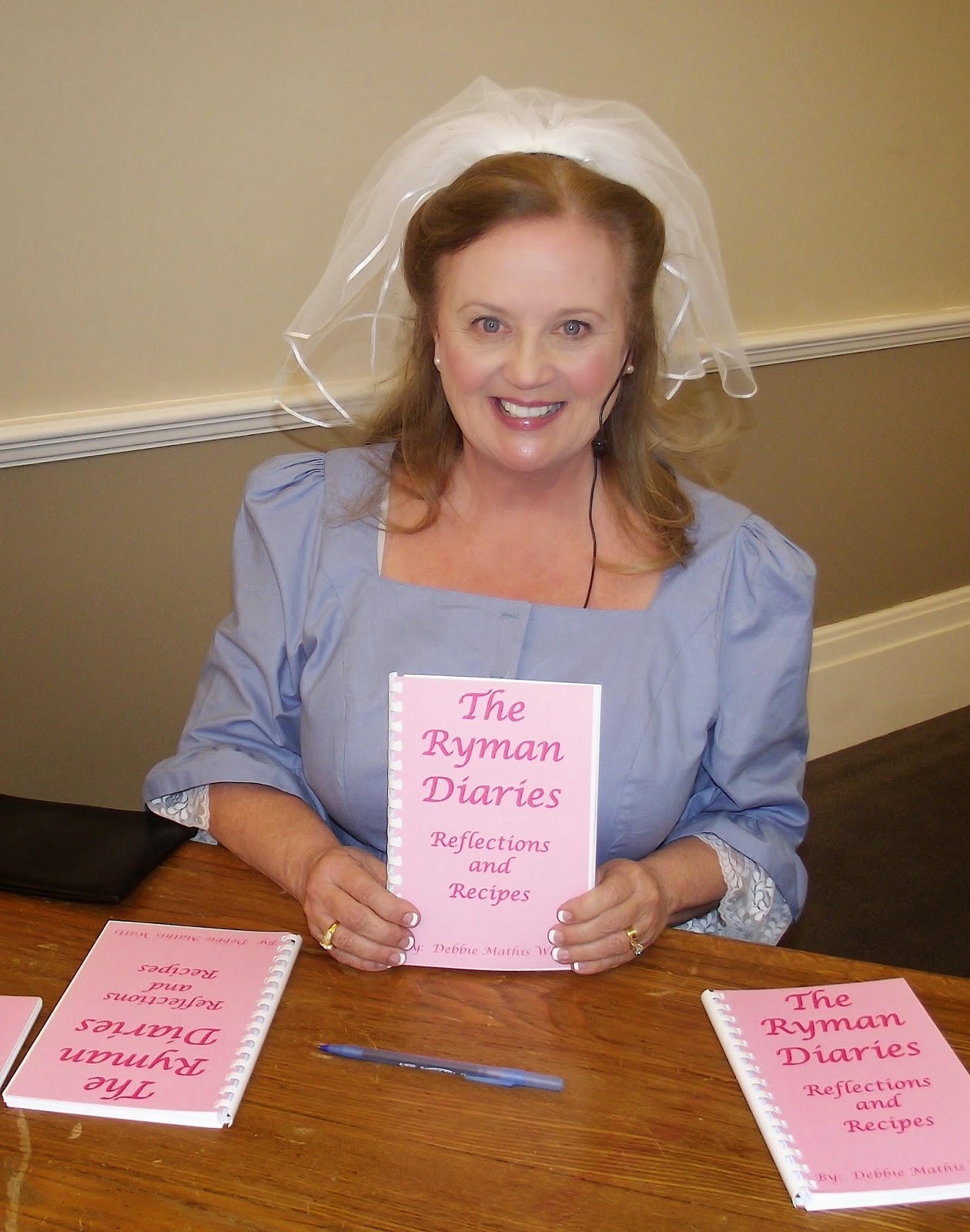 A veteran educator, professional pianist-vocalist, and author, Watts' theatrical roles include Mollie in "Mousetrap" and Agnes in "I Do, I Do". Dolan has received national acclaim starring as Elwood P. Dowd in "Harvey", Dr. Albert Schweitzer in "Memoirs from Africa", and Sam Clemens in "Mark Twain Live".

Watts said she was inspired to write the book during her tenure as a writer-producer at TNN: The Nashville Network.

"As I would be doing research to write country music trivia questions and answers at TNN: The Nashville Network, I would always run across the fact that it was Captain Tom Ryman who built the Union Gospel Tabernacle, later renamed the Ryman Auditorium," added Watts, who was named National Vocabulary Championship Coach of the Year in 2008. "He had such phenomenal financial success with his fleet of packet boats on the Cumberland River, and was a big enough man to accept the message of the gospel of Christianity. Then, being a woman, I naturally began to wonder about the 'little woman behind the man'."

During her research at the Metropolitan Library Archives and the Tennessee State Library Archives, she discovered a "remarkable" love story. Their chemistry seemed to jump out from 19th Century photos. Great-granddaughter Charmaine Gossett's book, "Captain Thomas Ryman: His Life and Legacy", presented a collection of social opposites.

"Right there is the making of a great love story," Watts said. "The notion of 'happy ever after' resulted in my first draft."

Like her book, the play presents a give and take from the captain and Bettie's diaries, documenting some of the same events from totally different viewpoints. Watts knew that the captain loved music because he wanted the Union Gospel Tabernacle to be a concert hall for the world's great musicians, as well as be a house of worship. She was surprised to learn that Bettie sang and played piano. Together, Watts and Dolan penned songs with a certain folksiness, heart and soul, just like the Rymans were in true life.

Dolan, who directs the live monologues, developed the multi-media accents using a combination of historic stills of Nashville and the Cumberland River (circa 19th Century) and footage from the Civil War. He also discovered a rare recording from the radio program "WSM Barn Dance" featuring Uncle Jimmy Thompson, a famous Grand Ole Opry fiddler. George Thomas, a teenage "genius of cinematography and technical direction", filmed additional scenes of the young Captain Tom and his sweetheart, Bettie.

"To make the play mobile and theatrically timely and efficient, we decided to film part of the story rather than to have so many players onstage," said Dolan, who has portrayed Captain Ryman's character in the past for Gaylord Entertainment, promoting Gossett's book about her great-grandfather. "The visual and audio interludes set between the scenes serve the purpose of allowing character custom and age change/progression, while entertaining and educating the audience regarding the history and passage of time from 1855 to 1925."

The actors age over 70 years, the Bettie character the most. Bettie portrays herself from 12ish to 80. Tom ages from the mid 20s to the mid 60s, although he seems older and more feeble than his chronological age at the end of the play due to health deterioration.

"I begin the play as an 80-year-old woman thinking back on her life," Watts noted. "Then, I transform in two minutes to a 17-year-old school girl who grows into a married woman. Then, I become a middle-aged woman having a mid-life crisis. Finally, Bettie is 80 again in the final scene. The challenges for me are obvious. Switching gears as I change costumes is physically and emotionally draining. Not having done theatre in 30 years was a mind-bender for me as well."

Young Tom is endearing, fumbling and socially inept. As he struggles for the right words to say, Bettie falls in love with his ineptitude.

"Every woman knows how irresistible that is," Watts continued.

The film clips in the play feature performances by Watts' daughter Brittany (as a young Bettie), her granddaughter Presley (as Bettie's younger sister, Alabama), her grandson Easton (as a neighbor kid), and Allie Hemmings (as child Bettie).

"The family resemblance between me, my daughter Brittany, and her children, I think, adds to the authentic look of 'the family'," Watts said. "Thom thought Brittany's look of angst in the film was something he couldn't have directed."

Dolan said he designed the stage set-up to be simple, mobile and image appropriate to the everyday life environment of the characters. For Captain Ryman, the signature set pieces are a captain's wheel and a small out-front stool. For Bettie's character, he built a simple flat-top circa 1840s piano case, small table, and rocker. Each character has a folding screen for entrances and exists, Bettie's much more elaborate and flowery than the captain's.

"I believe the production of 'The Ryman Diaries' is landmark, so to speak," Dolan added. "The style of the play fits both the simplicity of the times of its subjects, yet relates their story using today's most up-to-date technology in an efficient and light manner so as to not interrupt the essence of the period. Secondly, it brings to light in an easily understood manner, an essential element of Nashville history that has lain dormant, hidden and ignored for over a century."

Watts and Dolan believe their production will be an entertainment and educational tool for tour groups and tourists, as well as history students in area public schools and colleges. In association with the Cumberland River Compact, Watts, a common core educational standards coach for the state of Tennessee, is publishing a resource book for teachers, using the Ryman experience on the Cumberland River to teach lessons aligned with the common core standards in the areas of language arts, history and STEM studies. The publication will be available for the 2015-16 school year. Every Tennessee teacher bringing a school group to see "The Ryman Diaries" will receive a free resource book.