NASHVILLE, Tenn. – Internationally awarded Nashville visual artist Camille Engel will celebrate her home state of Tennessee with an exhibition of original contemporary realism paintings at the Parthenon Museum of Nashville from Sept. 9-Dec. 31, 2017.

"My Tennessee Home: the Paintings of Camille Engel" will kick off with a reception from 6-8 p.m. Sept. 15 (Friday) in the American art galleries section of the historic Parthenon Museum, 2500 West End Ave. in Nashville. Engel has spent the past two and a half years researching, referencing and creating these contemporary realism, trompe l'oeil, and encaustic paintings that present unique and surprising depictions of state symbols such as the state beverage, cultivated and wild flowers, fruit, wild animal, insects, butterfly, gem, reptile, fish and more.

The exhibition will also spotlight original artworks by the 12 winners of the "My Tennessee Home Student Art Competition." Winning student artists, grades 1 to 12, from across Middle Tennessee were chosen by jurists Engel, abstract expressionist Jan Batts, and abstract expressionist and contemporary realist Sandra Vanderpool. All are members of the Nashville Artist Guild. 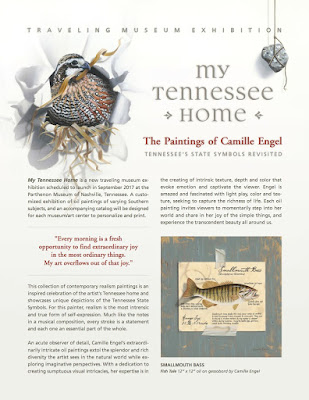 "I am thrilled to celebrate my beloved state in the 'My Tennessee Home' exhibition," said Engel, who has won dozens of awards from organizations such as Southwest Art Magazine, International Artist Magazine, and the International Guild of Realism. "I have had so much fun learning about each subject and creating these artworks."

Highlights of Engel's "My Tennessee Home" paintings include

* "Glory!," an oil painting on canvas measuring 66 inches by 44 inches that features the state cultivated flower, a purple iris. The artist’s focused view of this flower closely examines the inner quietude of a single iris to evoke much larger atmospheric feelings of awe. "I used a variety of soft lavender tones and flowing curves complemented by brilliant golden strokes to illustrate a breathtaking grandeur that is always within reach," Engel said. Interesting Fact: In 1919, the schoolchildren of Tennessee chose the wild passionflower as the state flower. However, in 1933, the Legislature designated iris as the “State Flower of Tennessee” but failed to formally rescind the passionflower as the state flower. To eliminate confusion, in 1973, the General Assembly designated the passionflower the state wildflower and the iris the state cultivated flower. 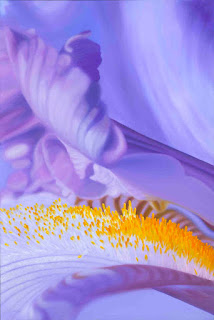 *  "Tough Crowd," a 24-by-24 contemporary realism painting on panel, depicts a red tomato seemingly hurled and splattered against a crisp, white surface. "My choice portrayal of this fruit with its insides exposed and juices forming seed-filled puddles, intrigues the imagination with questions as to what actually happened and why," the artist added. Interesting fact: The tomato was designated Tennessee’s official state fruit in 2003. While commonly considered as a vegetable, the tomato is, botanically speaking, a fruit. 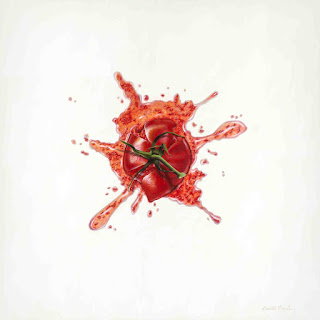 *  "Little Rascal," a 24-by-24 oil on panel, features a friendly raccoon curiously popping through the artist’s crumpled canvas. "His eyes, though masked, shine with playful innocence," Engel noted. Interesting fact: Named the state's wild animal in 1971, raccoons were hunted aggressively in earlier times, mostly for their water repellent fur. In the days of Davy Crockett and Daniel Boone, the coonskin cap was a common clothing item. 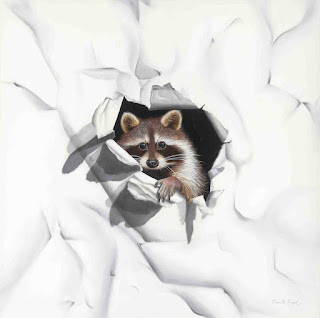 * "Revealed," a 24-by-24 trompe l'oeil on panel, is a painted display of simplicity. Engel’s linear composition of various river pearls is flanked by the iridescent interior of an opened shell. According to Engel, "the elegance of this shimmering arrangement against a pure white background brings forth the feeling of an enlightened balance." Interesting fact: Named the state's gem in 1979, Tennessee river pearls are remarkable iridescent products of nature, emerging from the indigenous washboard mussel in the fresh water rivers and come in various shapes and colors and are among the most beautiful and durable in the world. 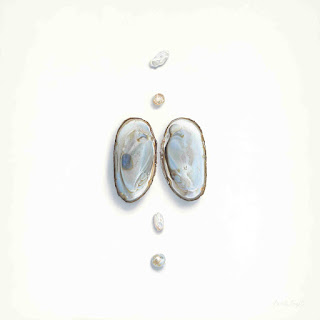 * "Fish Tale," a 12-by-12 trompe l'oeil on panel, is a clever trick of the eye. The artist suggests that an instructional card describing the smallmouth bass is taped to a weathered board. "A trick of surrealism suggests the fish tail is flipping up off the card," Engel continued.  Interesting fact: Named Tennessee's sports fish in 2005, the smallmouth bass will fight ounce for ounce harder than any other species of sport fish in Tennessee. The current state/world record of 11 pounds, 15 ounces, was caught by D.L. Hayes at Dale Hollow Lake on July 9, 1955. 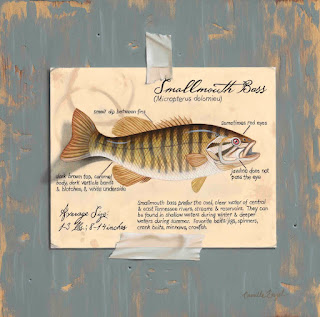 * "The Way The Cookie Crumbles," a 12-by-12 trompe l'oeil on panel, suggests that a tasty photo is taped to a weathered board. "In truth, I have painted every last crumb, crease and indentation in this appealing rendition," Engel said. "The featured glass of creamy milk, the cookies and the jettison crumbs, all stir the viewer’s senses with memories of this legendary snack." Interesting fact: Milk became the state's official beverage in 2009. Tennessee is home to approximately 45,000 milk cows that live on 317 dairy farms. 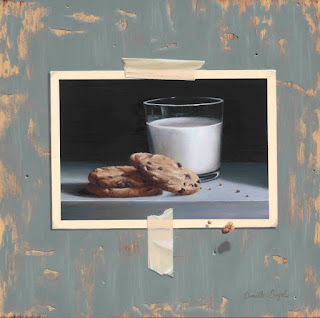 Engel, whose paintings have been chosen or commissioned by art collectors from around the world, has emerged as one of America’s most respected realist painters. She was named an "Artist to Watch" by Southwest Art Magazine in 2014 and Fine Art Connoisseur magazine in 2010. A self-taught oil painter known for her passionate oil paintings with rich lighting, colors, textures and intricate detail, Engel works in the "indirect layering" techniques of the Dutch Masters to create her art.

"Realism, for me, is the most intrinsic and true form of self-expression," the Nashville artist added. "Much like the notes in a musical composition, every stroke is a statement and each one an essential part of the whole."

Pursuing the aims of the realist movement with passion and skill, her oil paintings have been accepted into prestigious museum tours and art exhibitions from California to New York City. She has won numerous awards, and her paintings have been featured in magazines such as Fine Art Connoisseur, American Art Collector, Western Art Collector, Southwest Art, The Artist's Magazine, American Artist, and International Artist. Major commissions include the Tennessee State Museum, Children's Hospital at Vanderbilt, and Middle Tennessee Medical Center.

Each painting in "My Tennessee Home" exhibition invites the viewer to momentarily step into her world and share in her joy of these subjects. For more information about this exhibition, including museum location and hours, visit http://www.nashville.gov/News-Media/Calendar-of-Events/Event-Details/ID/7130/begin/9-1-2017/My-Tennessee-Home-Paintings-by-Camille-Engel-at-the-Parthenon.aspx . To learn more about Camille Engel and view her award-winning artworks, visit http://www.Camille-Engel.com.

Posted by Chuck Whiting at 11:42 AM No comments: