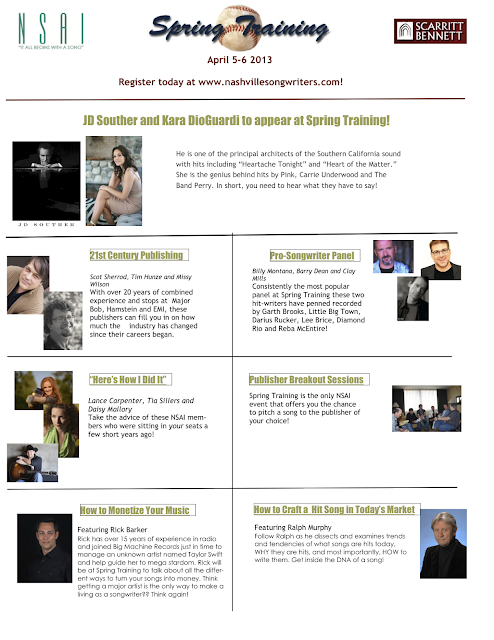 Posted by Chuck Whiting at 1:47 PM No comments:

In this in-depth, four-week online and teleconference program (which begins April 22), Nancy is going to walk you through the entire process of booking gigs and planning tours. She is truly going to share everything she can think of to help you book better gigs and to get you out on the road sharing your music with the world! 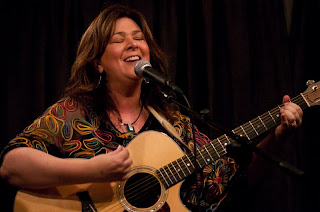 For more than 20 years, Nancy has been a touring artist. And while you may or may not have heard of her, she's made her living as a singer/songwriter, playing all kinds of gigs-everything from 30-seat coffeehouses to 2,000-seat performing arts centers. She has performed as a solo acoustic act and with a full rock band. She's toured as an independent folk-rock/Americana artist and as part of the nationally acclaimed female musical-comedy troupe known as The Four Bitchin' Babes. She's played cover songs in bars and her own originals in concert halls. And throughout all of these gigs, one thing remained constant: There is nothing quite like the thrill of performing in front of a live audience!

To learn more about Nancy's online booking workshop or to sign up, visit
www.ultimatebookingandtouring.com .
Posted by Chuck Whiting at 12:27 PM No comments:

NASHVILLE, Tenn. (April 2013) -- Nashville blind golfer David Meador has been named the winner of the prestigious "Ben Hogan Award", an honor given annually by the Golf Writers Association of America to an individual who has continued to be active despite a physical handicap or serious illness.

Meador, the 2011 and 2012 United States Blind Golf Association National Champion, will receive a special trophy from golf writers during the association's annual awards dinner in Augusta, Ga., on April 10. The event will help kick off the 2013 Masters Tournament. Past "Ben Hogan Award" winners include well-known golfers such as Ken Venturi, Fuzzy Zoeller, Paul Azinger, Judy Rankin, and Tom Watson.

The former USBGA president was only 18 when he lost his eyesight in an automobile accident on Christmas Eve in 1966. By Easter of the next year, the college freshman was playing golf again.

"It was my father who got me back in the game," said Meador, who at age 64 still credits his father and the game of golf for a lifetime of opportunities to interact with great people. "This award now gives me the chance to bring attention to the game of golf and in particular how it can help someone overcome adversity."

The blind Tennessee golfer, also a two-time cancer survivor with a history of complications and surgeries, relies on a simple but strong philosophy.

"Like blind golf, pushing through troubles is never a solo accomplishment," added Meador, who has been married to his college sweetheart, Connie, for more than 41 years. "It's always a team game."

Meador, a 39-year member of the USBGA, admits that he averages only six to eight rounds of golf a year. He still manages to break into the upper 90s on 18-hole courses.

Meador credits his golf coach, Everett Davis of Nashville, for keeping him in the game. Davis has coached Meador since 1994, helping him win two consecutive USBGA National Championships and place in the top five in regional, national and international tournaments.

"It's always a matter of teamwork," said fellow blind golfer and current USBGA President Jim Baker. "The coach physically sets the club face behind the ball and allows the blind golfer to feel a sense of balance and alignment. What comes next is a feeling of trust that lets the blind or vision-impaired golfer swing with confidence and athleticism." 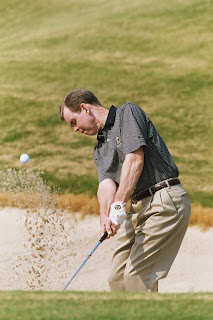 In addition to serving on the USBGA Board of Directors, Meador is an accomplished motivational speaker.  His autobiography, "Broken Eyes, Unbroken Spirit", shares memorable reflections on returning to life as a blind man, and being forced to learn incredible new ways of seeing along the way.

Founded in 1953, the USBGA is a non-profit 501(c)(3) organization that has sponsored an annual blind golf National Championship since 1946. It also stages two regional tournaments each year. The USBGA Junior Golf Program introduces blind and vision-impaired students and adults to blind golf through clinics and individual lessons. Many USBGA tournaments help raise much-needed funds for local charities.

The USBGA is proud to state that 100 percent of all funds received are used to support USBGA junior golf clinics and programs, tournaments, and member recruitment. For more information about the USBGA, visit http://www.USBlindGolf.com .

Posted by Chuck Whiting at 11:48 AM No comments:

NASHVILLE, Tenn. -- The Nashville Composers Association and Film-Com are pleased to present the two-day seminar “Music – The Script Support System” with composer, songwriter, keyboard player and arranger John Capek from April 13-14 at Ocean Way Nashville Recording Studios on Music Row.
As both a composer and songwriter, John’s symposium will give composers a unique opportunity to learn how to write to picture via song — “scoring a scene in the form of a song”, and how various compositional techniques can be utilized in both score and song for picture. 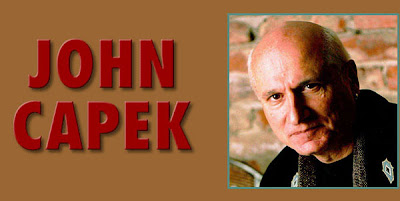 Topics that will be covered in the symposium include:

THE OTHER HALF OF A SONG, MELODY AND HARMONY

* Intros, endings, cadences, tension and release. Why do we care? How do you make a melody?

* Do we need to be great instrumentalists to be great songwriters? Is tempo important and does it matter what key the song is in. Minor keys, what do they mean?

* Do these words fit my melody?

* Music is the other half of a song. It often takes second place in the songwriting process where lyric is king. Except for the fact that great melodies are the thing that history remembers.

* This class discusses the process of music making in our songs and how to make better melodies and harmonies.

* Writing a song is a creative process. What do Albert Einstein, Pablo Picasso and Socrates have in common with songwriters?  More than you would imagine.

* How do we create something from nothing? What is the path we take to get from a musical point A to point B. How do we get inspired?

* This is a class that covers the most basic fundamentals of writing songs, and then extends the process into an exploration of invention, creativity and inspiration.

* How do we know our song is finished? What is prosody and why do we care? What comes first, music or lyrics? Why am I not getting cuts?

Attendees are strongly encouraged to bring a notebook or score paper for the interactive exercise! All symposium attendees are invited to a Film-Com networking event on the evening of April 13 (Saturday) from 7 to 10 p.m.  Heavy hors d’oeuvres will be provided.  Feel free to bring your business cards, demos, or any other promotional materials!

* The Film/Television Business Seminars at the Ford Theater, Country Music Hall of Fame on April 17 (Wednesday) from 10 a.m. to 5 p.m.

DEADLINE: To receive your all-access Film-Com laminate, you must register by March 29, 2013.

“I’ve been a fan of John’s music for many years. He’s one of the deepest, most talented and soulful writers I know and I find myself listening to his albums for inspiration and pleasure all the time.” – Bonnie Raitt

Posted by Chuck Whiting at 12:44 PM No comments:

'Tin Pan South' to Occur in Nashville from April 2-6

NASHVILLE -- For 20 years, the Annual Tin Pan South Songwriters Festival Presented by Regions Bank has featured writers whose songs have become engrained in the fabric of our musical lives, and 2013 promises to offer the best of the best. The event set for Tuesday, April 2 - Saturday, April 6, 2013, and the addition of two shows at 3rd & Lindsley brings the total number of venues to 10.

The popular Fast Access Passes sold out faster than ever before, which is a strong indicator of the desire for fans to see these songwriters, hear the stories behind some of music's most popular songs and see them performed exactly the way they were originally written. Tickets will be available at the door on a cash-only basis for most shows on a first-come, first-served basis.

Produced by NSAI, Tin Pan South reigns as the world's largest all-songwriter festival. Last year close to 350 talented songwriters performed 92 shows at ten of Nashville's top music venues. Over 9,000 music fans attend the event annually to hear songwriters tell stories behind hit songs they have written and perform the songs as they're were originally composed.

About NSAI: The Nashville Songwriters Association International (NSAI) is the world's largest not-for-profit songwriters trade organization. Established in 1967, the membership of more than 5,000 spans the United States and five foreign countries. For more than 40 years, NSAI has been dedicated to protecting the rights of and serving aspiring and professional songwriters in all genres of music. For more information, visit nashvillesongwriters.com.

About Regions Financial Corporation: Regions  Financial Corporation, with $128 billion in assets, is a member of the S&P 500 Index and is one of the nation's largest full-service providers of  consumer  and  commercial  banking,  wealth  management,  mortgage, and insurance  products  and  services.  Regions  serves customers in 16 states across the South,  Midwest and Texas, and through its subsidiary, Regions Bank, operates approximately 1,700  banking offices and 2,100 ATMs.
Additional information about Regions and its full line of products and services can be found at www.regions.com.

Sponsors for the 21st Annual Tin Pan South Songwriters Festival are as follows:

Posted by Chuck Whiting at 11:16 AM No comments: