Some of Nashville's most successful actors provided invaluable insights to fellow actors during a special interactive session ("The Art of Auditioning") during the Nashville Film Festival. Leading the panel were moderator Susannah Devereaux, JesseJames Locorriere, Christopher Close, J.Karen Thomas, Jason Marsden, and Robin Dougherty. Following is an overview of what we learned (in their own words): 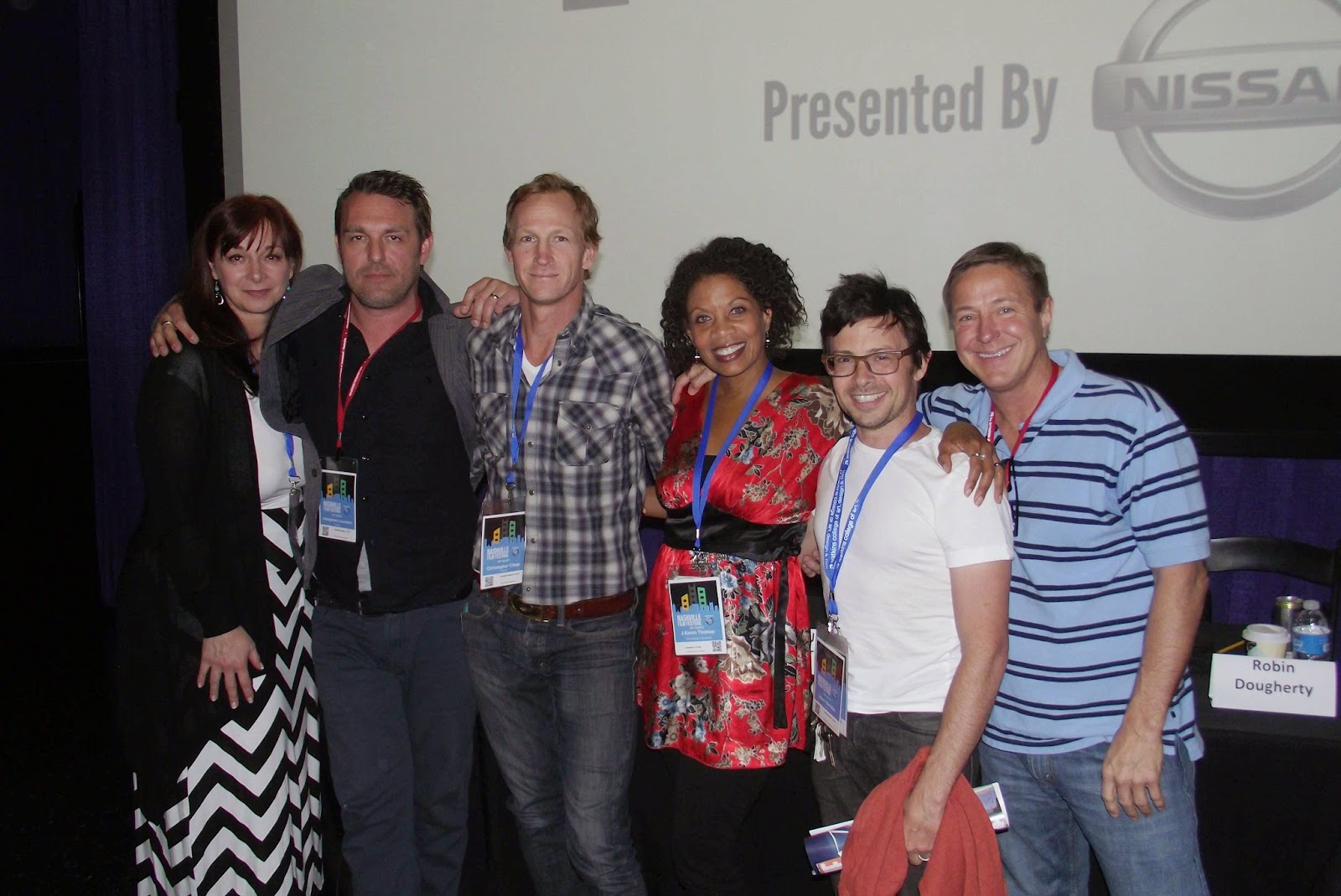 "If you are preparing for a period piece, they might ask you to use a foreign accent. Conduct research to know what the scene is about. IMDb is an excellent online resource for information and trailers." -- Christopher Close

"Take it seriously, and be prepared (but find a back story so you can be playful). When I rehearse, I read the script five to 10 times. It's important to understand the relationship between the character you're portraying and the other characters in the story. Know who's going to be there, learn more about them, and understand the style of the movie or show. That helps you build relationships." -- J.Karen Thomas

"Your agent's reputation is on the line, so be accountable. Do your research. You don't want to be seen in a bad light. Don't share audition news on Facebook. What if you don't land the part?" -- Robin Dougherty

"Know why you're being seen for this role. They want to see who you are. You aren't competing. The stakes are higher when you're auditioning live in front of a casting director. Always go 'live' if you can. When you're nervous, you often do better. Taping can make you lazy. Show them your easy-to-work-with side." -- JesseJames Locorriere

"If they say do it bigger, then go bigger. Otherwise, don't. Be natural. Sometimes the casting director knows if you're right for the part the moment you speak. Don't shake hands when you come into an audition (unless they extend theirs). Use your nerves to make your audition better." -- Christopher Close

"In the movie 'The Identical', I portray a poor, uneducated black Southerner in 1936. It's important to allow the muse or emotion to flow through you. During rehearsal, I spoke her line with a crack in my voice. The crack came naturally. I used it again during the audition and landed the part. Don't change the words. Stick with the text. But be prepared if you're instructed to ad lib." -- J.Karen Thomas

"Nashville auditions are warmer than LA, which can be brutal. The only thing you should pay for is gas (and occasionally a meal). Never review your audition." -- Jason Marsden

"Listen to what they tell you to do. Always follow directions (don't do it your way). Don't go to the audition in character. An agent once had an actor go to an audition with cow udders, and it was a disaster." -- Robin Dougherty

How to Handle Rejection:

"When I get a part, it means others have been rejected, too." -- JesseJames Locorriere

"Sometimes you know (if you got the part) right away, but most of the time you don't. Don't stew if you don't land it. It's a one-in-a-hundred kind of thing. Most of the time, you're not going to get it. When I don't, I just tell myself they had poor judgment in not casting me. Don't take it personally. Go canoeing. Then get back to your job. You can't get it right every time." -- Christopher Close

"I take the Zin point of view: Do your best, and let it go. Remember that you've made an investment. Something even better will come along. Enjoy the process." -- J.Karen Thomas

"Sometimes you think you did everything right, but you still don't get the part. You have to move on." -- Jason Marsden

"You will need a 6-foot tripod. You can buy them at Consumer Depot for only $13." -- JesseJames Locorriere

"If you have to shoot with poor quality (when you're on the road), then do it. Performance is the most important thing." -- Christopher Close

"Don't worry about outdoor scenes (most of the time). They like an even playing field, so taping in a room is fine. The set is not as important. They are looking at the acting." -- J.Karen Thomas

"Have a good agent, and be able to self-tape. Don't use an iPhone (if it's unsteady). You will need decent lights and clamps to hold them. You can find painters' lights at low prices at area hardware stores. You will need a good camera with quality sound. Dollar Tree sells smaller tripods. Wax paper can be used to tone down the lights. Shoot 'tits up' (not the whole body)." -- Robin Dougherty

"The Internet is huge. It's important to have a great site." -- JesseJames Locorriere

"I have agents in both Nashville and Atlanta." -- J.Karen Thomas

"It's a good time to be an actor with an affectation (like a stutter). Embrace it. Be endearing with it." -- Jason Marsden

For more information about the Nashville Film Festival, visit www.NashvilleFilmFestival.org.

Posted by Chuck Whiting at 9:27 AM