The "Nashville Film Festival" ended its 44th annual run at the Green Hills Regal Cinema with unforgettable movie screenings, educational panels, and the closing party. Following are highlights of activities occurring during the period April 22-25.

THE RED CARPET AND VIP TENT:

Various producers, directors, actors, screenwriters and composers walked the Red Carpet for photos every day. Artists arrived at various times from the lower level of the venue's parking deck. Cameras were snapping like crazy with the Tuesday arrivals of Nashville Mayor Karl Dean and Convention and Visitors Bureau CEO Butch Spyridon ("For the Love of Music: the Story of Nashville"), as well as Grand Ole Opry star Bill Anderson and Americana singer-songwriter Jim Lauderdale. 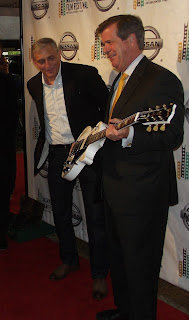 The nearby VIP Tent was a gathering place for filmmakers from all over the country. The festival offered drinks and snacks during the day, and full meals every evening. Attendees packed the tent on Thursday night for the closing party celebrating eight days of movie screenings, networking and career opportunities.

The information they shared carries both good and bad news for songwriters and composers who want to break into the film and TV business. 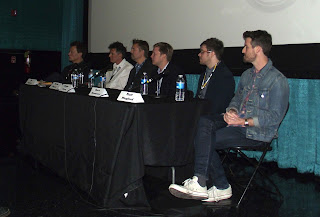 * Breaking Down The Walls -- Good songs come from average people, but successfully getting a song through the various industry barriers takes confidence, persistence, and a lot of work. Some of the pros, including Ziecker, make an effort to review the hundreds of submissions they receive (mostly late at night). Others are so busy that they only rely on the sources they know, including music publishers and film music libraries. Film libraries and organizations like Taxi were cited as potential ways to break through. Cold calls are rarely accepted. Never send MP3's without first getting permission from the recipient.

* Soundalikes Wanted -- Many of the songs (from independents) that filmmakers license replace classic tunes that the studios can't afford. If you're a group who sounds like the Rolling Stones, and a Rolling Stones song fits the bill, you stand a chance of landing a song in a movie.

* Be Prolific -- Write, write, write! Then keep writing. The more material you have to choose from, the better.

* Be "Pitch Perfect" -- Before you pitch a song, it's essential to know what a music supervisor or director is looking for. To be "pitch perfect", you need to study the plot of a movie or TV show before writing and submitting your song. Otherwise, you've wasted their time.

* Don't Expect To Make Big Bucks (Right Away) -- Sorry independent songwriters and composers. Until you write the big hit, you're unlikely to receive a hefty payment for your song. These days, the studios are trying to save as much money as they can. Budgets for music are very limited. Fees are typically low, with filmmakers offering "exposure" and "re-use" as incentives.

* Expect to Wait and Occasionally Lose Out -- Sometimes you have to wait for your song to ever see the light of day -- even if it's already licensed to be in a movie. A movie plot can change at the very last minute, requiring music supervisors to start all over again. If your song seems to fall through the cracks, don't despair. Songs are known to resurface in other projects down the road. While you wait, keep writing and pitching.

* TV Versus Film -- Television shows differ from movies in that new music is needed every week for a period of time. It's fast-paced and hectic, but the dividends can be greater over the long haul.

* Radio and TV Jingles -- Smaller companies are always looking for cool, new music to help get out their message. But you can forget about the larger companies. They have the money to pay for the big hits (think Beatles).

* Recording Quality -- Only master quality (ready-to-air) recordings are accepted. Always provide vocal and instrumental versions. You never know what a studio might need. It's best to be prepared.

* Get All Your Musical Notes in a Row -- Control the process. Be sure you have permission in writing (contractually) from everyone involved before you submit a master recording for consideration. Do you own the master? Is the song copyrighted? Are union players involved? Are all of the contracts signed?

* The Wild West -- It's a crazy world out there, and the legal landscape is quickly changing. Be sure to sign up with a performing rights organization (ASCAP, BMI or SESAC). Then again, some of the panelists believe they may be on the way out. Sign up with Sound Exchange, but don't expect them to be able to effectively monitor the music Universe. Look for the business partners who best meet your needs (at a given time). Expect to make changes along the way.

* Conduct Research -- Be willing to invest a little money in directories and organization memberships to obtain invaluable contact information.

A host of films, including many made in Tennessee and across the South, were featured at this year's NaFF. You can see the entire list at www.NashvilleFilmFestival.org .

* "Folk" -- This wonderfully "authentic" documentary tells the story of three singer-songwriters at different stages of their careers. The audience follows Raina Rose, Hilary Claire Adamson, and Dirk Hamilton as they navigate the thriving subculture of American folk music. They confront family relationship and financial challenges in their own lives while struggling to be heard in a colorful world of small town house concerts, jammed folk conferences, tiny bars, and festivals. All of the artists exude a resolute determination to succeed despite the incredible odds. They are willing to lose everything -- even their homes -- as they push on with an insatiable passion to write, perform and be heard. The movie magically brings their heartfelt journeys to life, taking audience members through the packed halls of a Memphis hotel, across a summer campground in Kerrville, and down the winding highways of rural America. Director Sara Terry's message is infectious and moving, leaving us yearning for more. "The music is the story, and the stories are the stars," said Terry, who funded the documentary with a Kickstart campaign. "We need to get back to where we make music for the love of it." 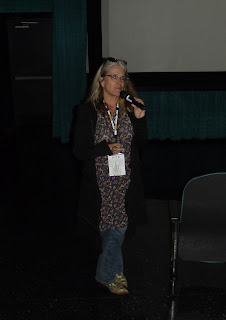 *  "For the Love of Music: the Story of Nashville" -- In accepting his surprise award of appreciation from the NaFF, Nashville CVB head Butch Spyridon exclaimed: "This is the coolest damn city in the world." When it comes to telling Nashville's story, the documentary has "authentic" hits and misses. The hits: "For the Love Of Music" features an impeccable cast of artists, including The Black Keys, Fisk Jubilee Singers, Kings of Leon, Kris Kristofferson, Emmylou Harris, and a barefooted Vince Gill. All do an excellent job raving about Nashville's emergence as an "authentic, multi-genre city". The movie is likely to make musical and tourist waves in certain places and may even premiere on a TV network like Showtime (as Spyridon hopes). But it doesn't tell the whole story. Missing are a number of key ingredients: The Symphony's impact on the collaborative wonder of Nashville's musical landscape... the appreciation of CCM/gospel greats like Amy Grant (although Michael W. Smith was quoted briefly in the film)... the multitude of struggling songwriters who take nightclub stages every night with the dream of landing a label or publishing deal. The movie's focus is on the musicians and songwriters who've already made it. While this is probably the best direction to promote the city overall, it left a few "emotional" gaps in Nashville's story for writer/musicians like me. Perhaps the deeply moving movie "Folk" (which we had just seen) played into these observations.

* "Unfinished Song" -- What better way to end the festival than with one of the most deeply touching films in years? Paul Andrew Williams' film (with help from actors Terence Stamp and Vanessa Redgrave) is a work of art that moviegoers will not soon forget. Arthur is a curmudgeonly old soul who is perfectly content sticking with his dull daily routine until his beloved wife, Marian, introduces him to a local seniors singing group. Superbly acted, the narrative tugs at audience members' hearts (and prompts a few tears) as Arthur overcomes a heartbreaking loss with the help of the choir director (Gemma Arterton). Clever humor is creatively placed between expressions of stubbornness, crankiness, frustration and grief. There are laughs galore when the choir sings hilarious renditions of hits by the B-52s, Salt-n-Pepa, and other popular bands. Wigs, electric guitars, aching backs and a few hoarse throats eventually give way to triumph and tissues. One leaves the theater saying: "This is a great film. I want my mom to see this one."

Read All About It: Coverage (stories and photos) for the "Nashville Film Festival" can be found at http://www.MusicCityArtsUpdate.com . 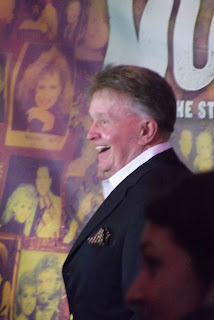 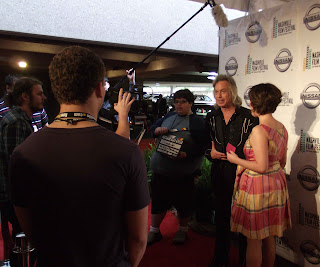 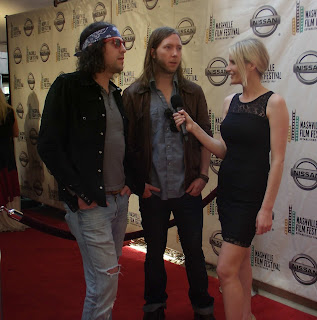 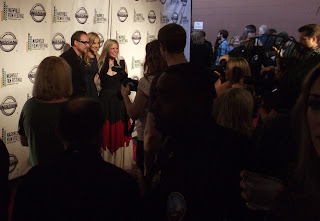 Posted by Chuck Whiting at 5:39 PM