Blues-accented country/pop/Americana artist Amy Allen took the stage in Nashville on Feb. 7, performing a mix of originals and classic hits with an all-star band. Tony Pratt was on hand to snap unforgettable moments from the concert. 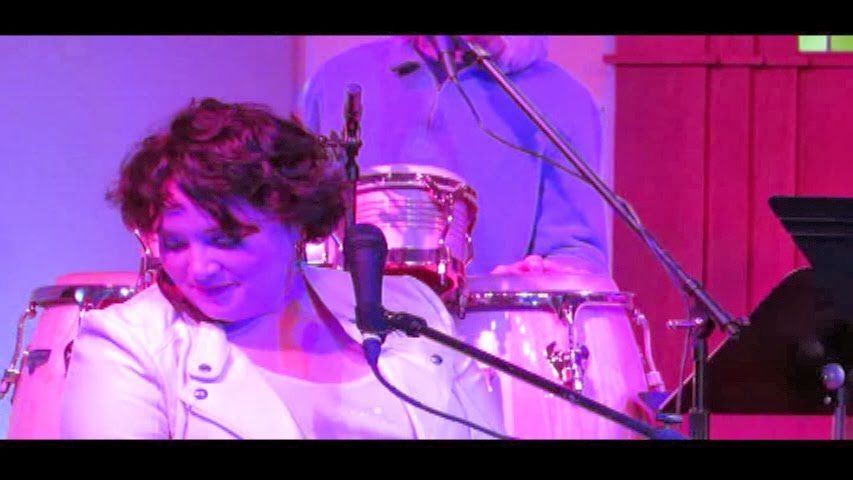 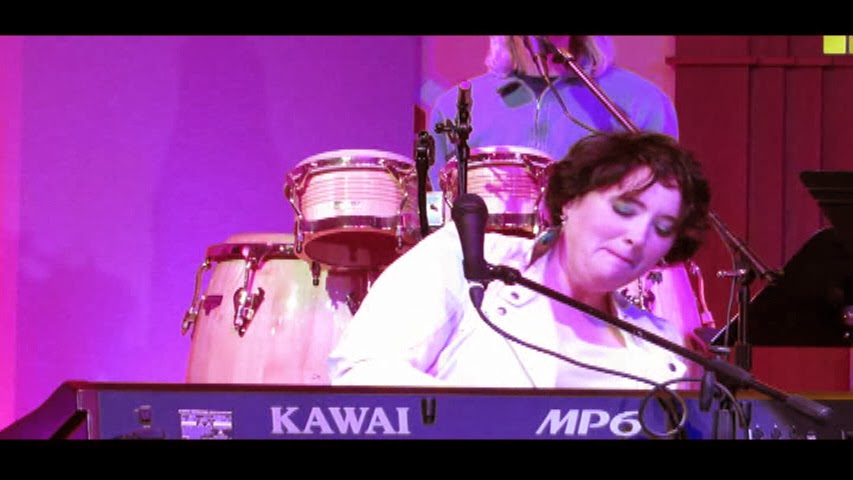 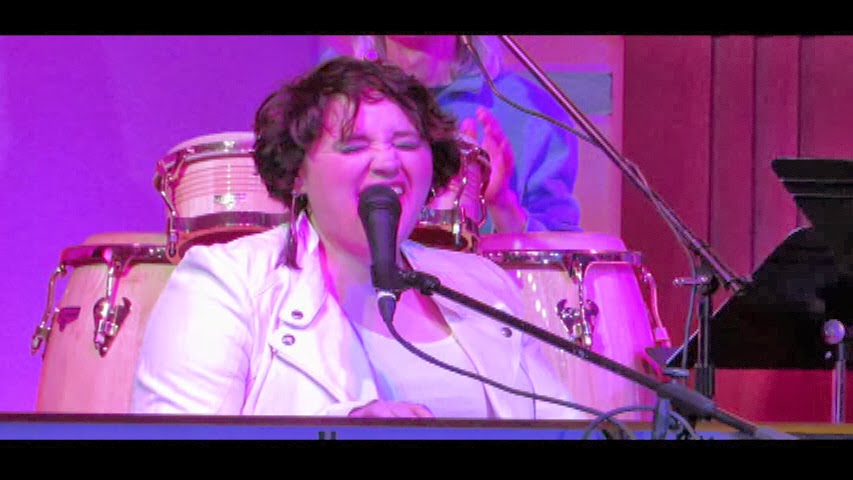 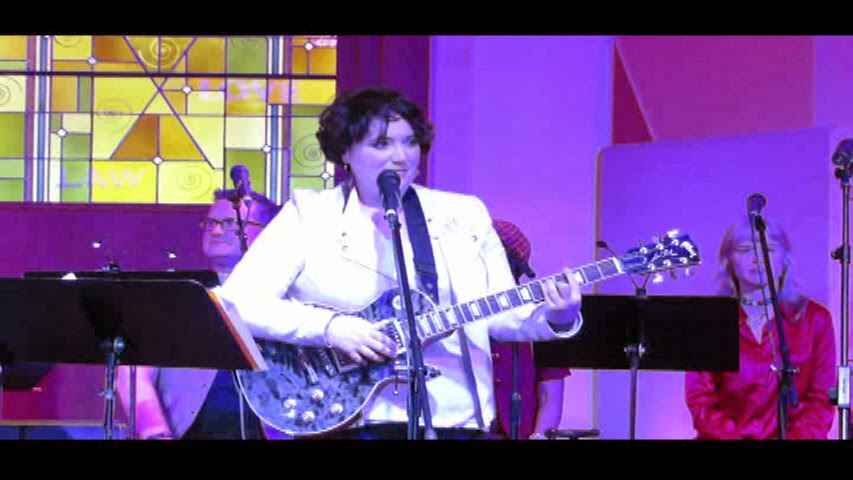 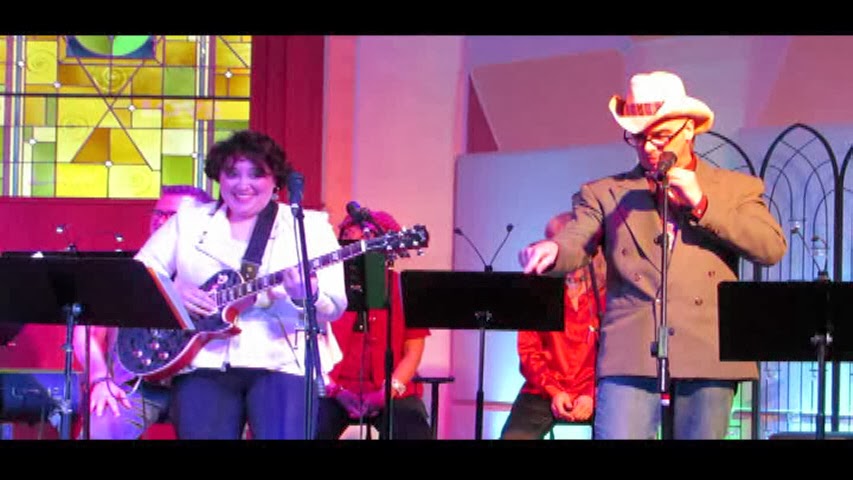 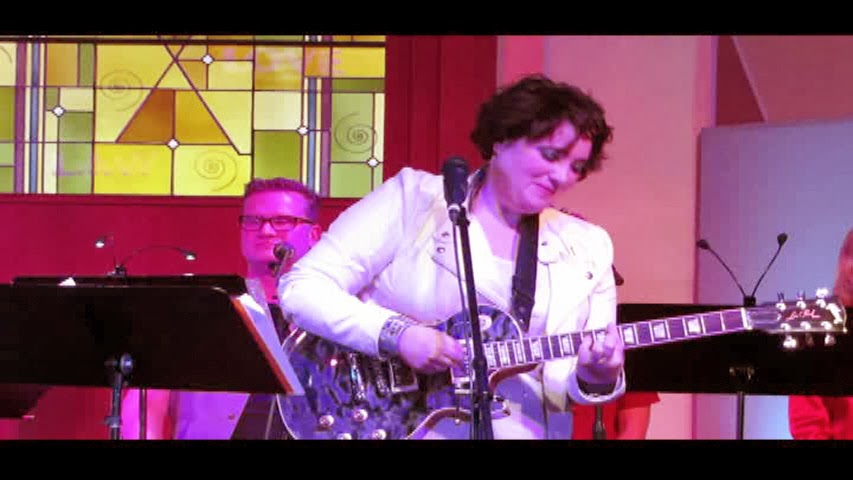 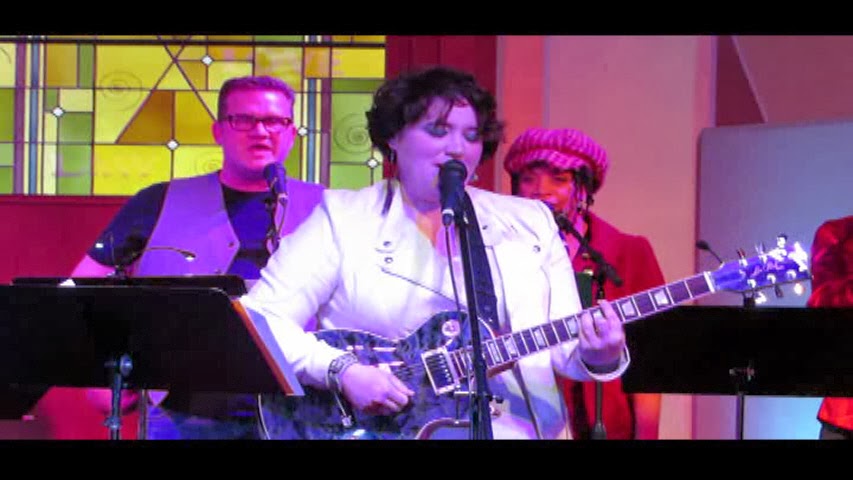 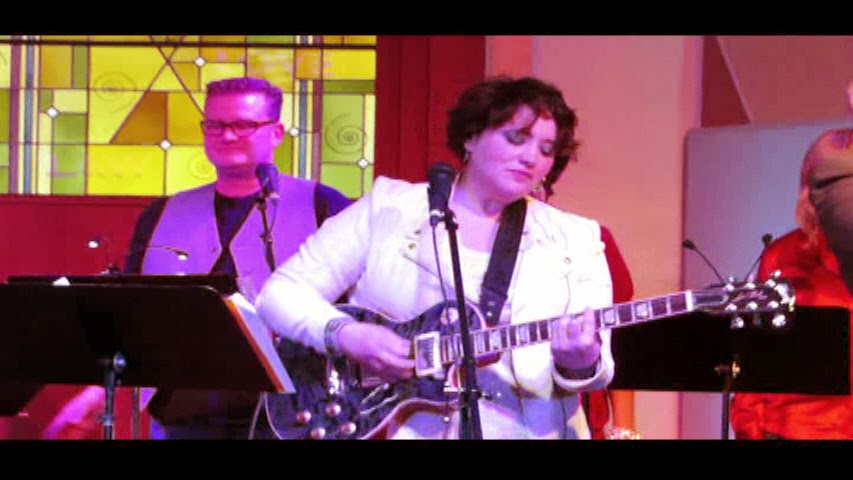 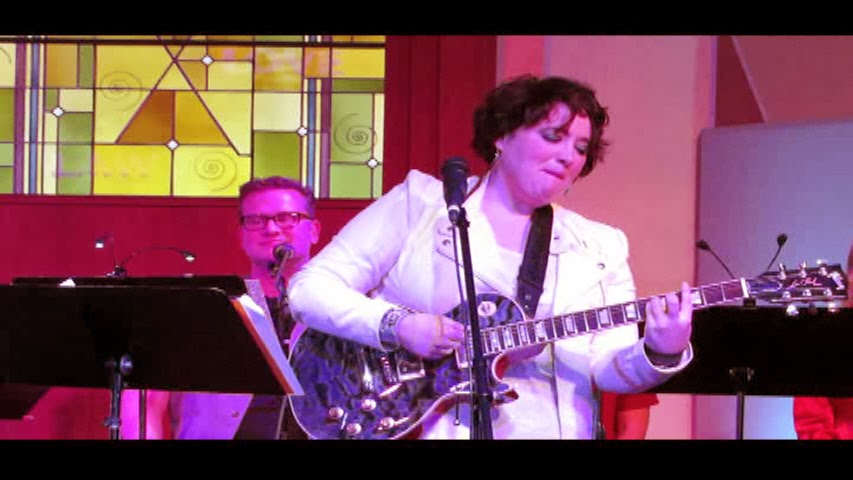 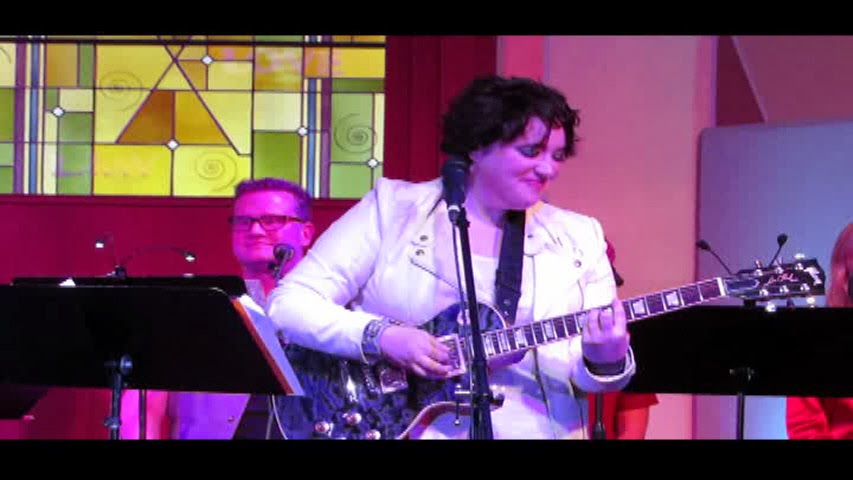 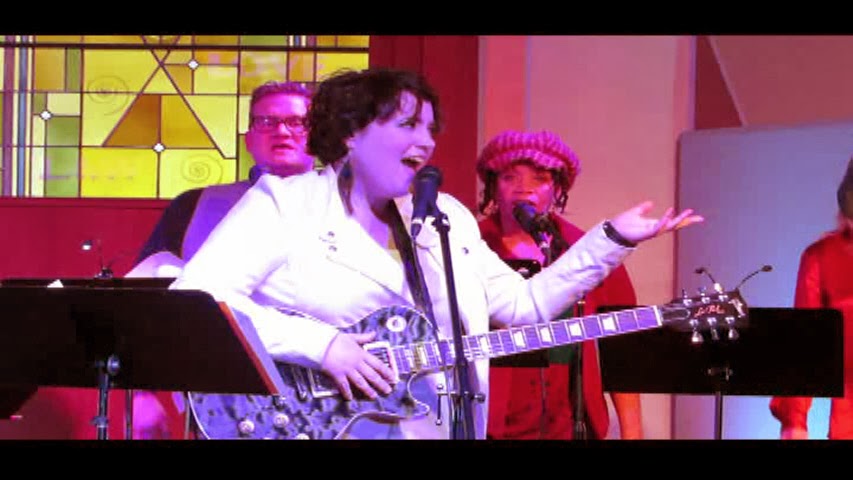 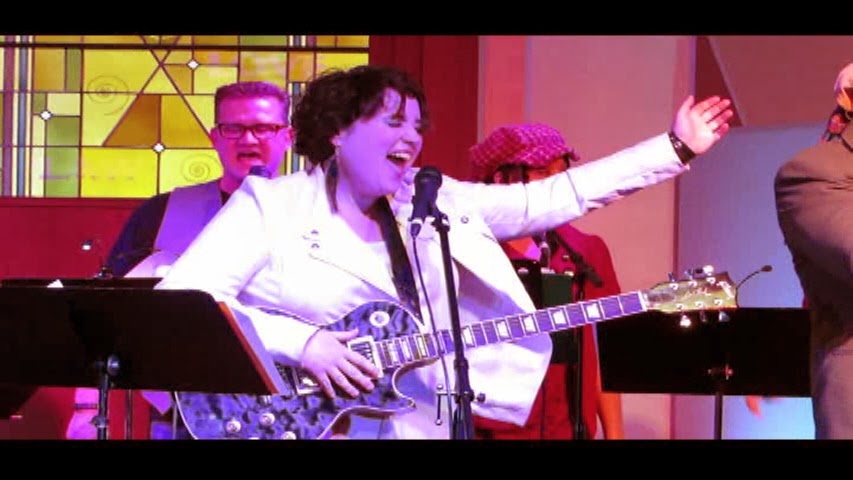 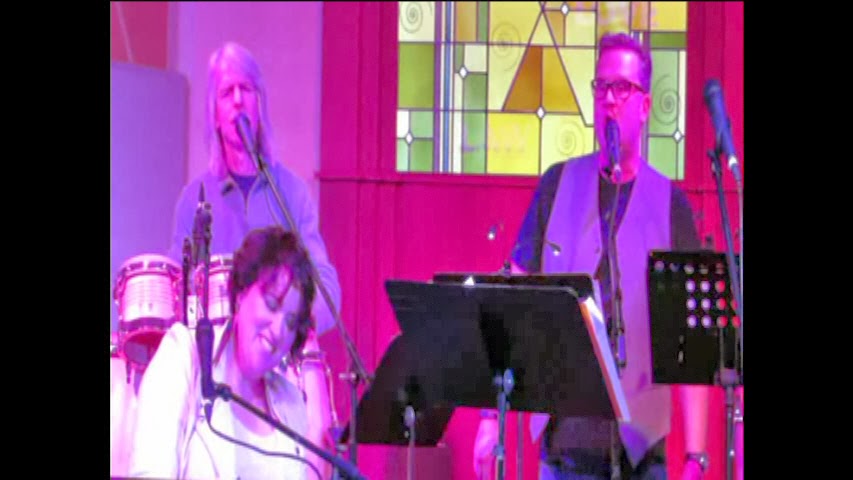 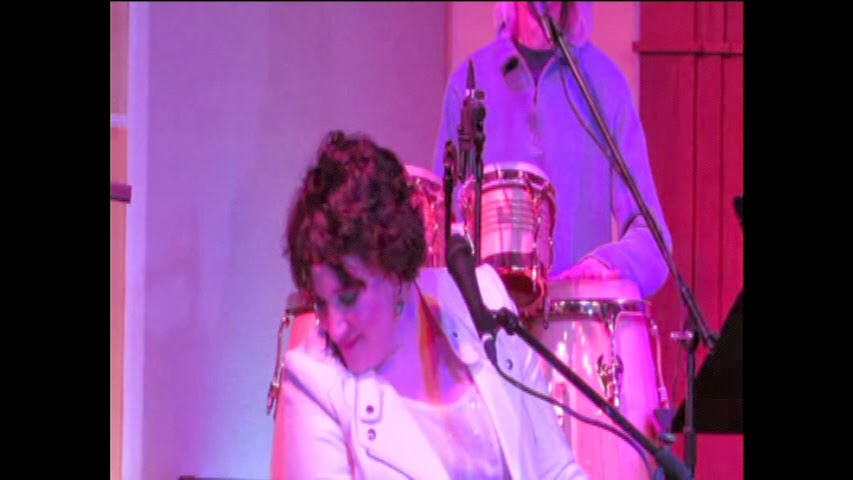 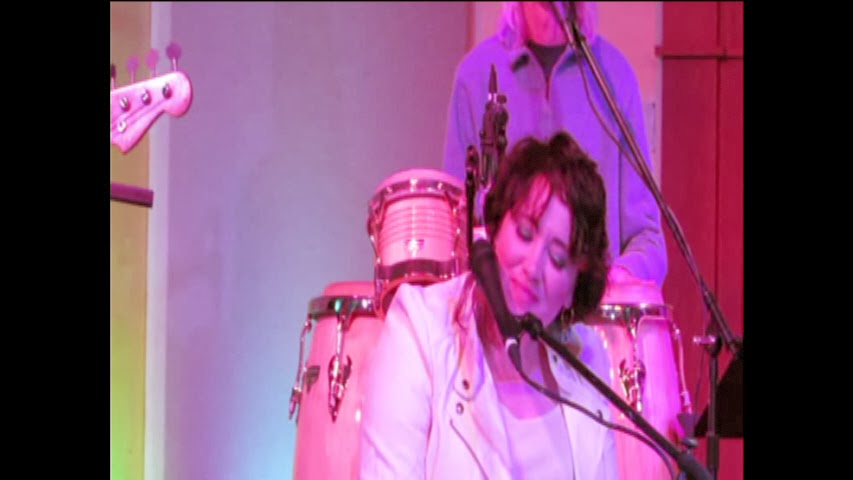 Posted by Chuck Whiting at 12:01 PM No comments:

DENVER (February 2014) – Denver singer-songwriter Mary Beth Cross has stepped onto the national folk-Americana stage with the release of her fourth CD "Beyond Good and Evil", landing a top-five ranking on Airplay Direct, receiving positive reviews from critics around the world, and performing at major venues. 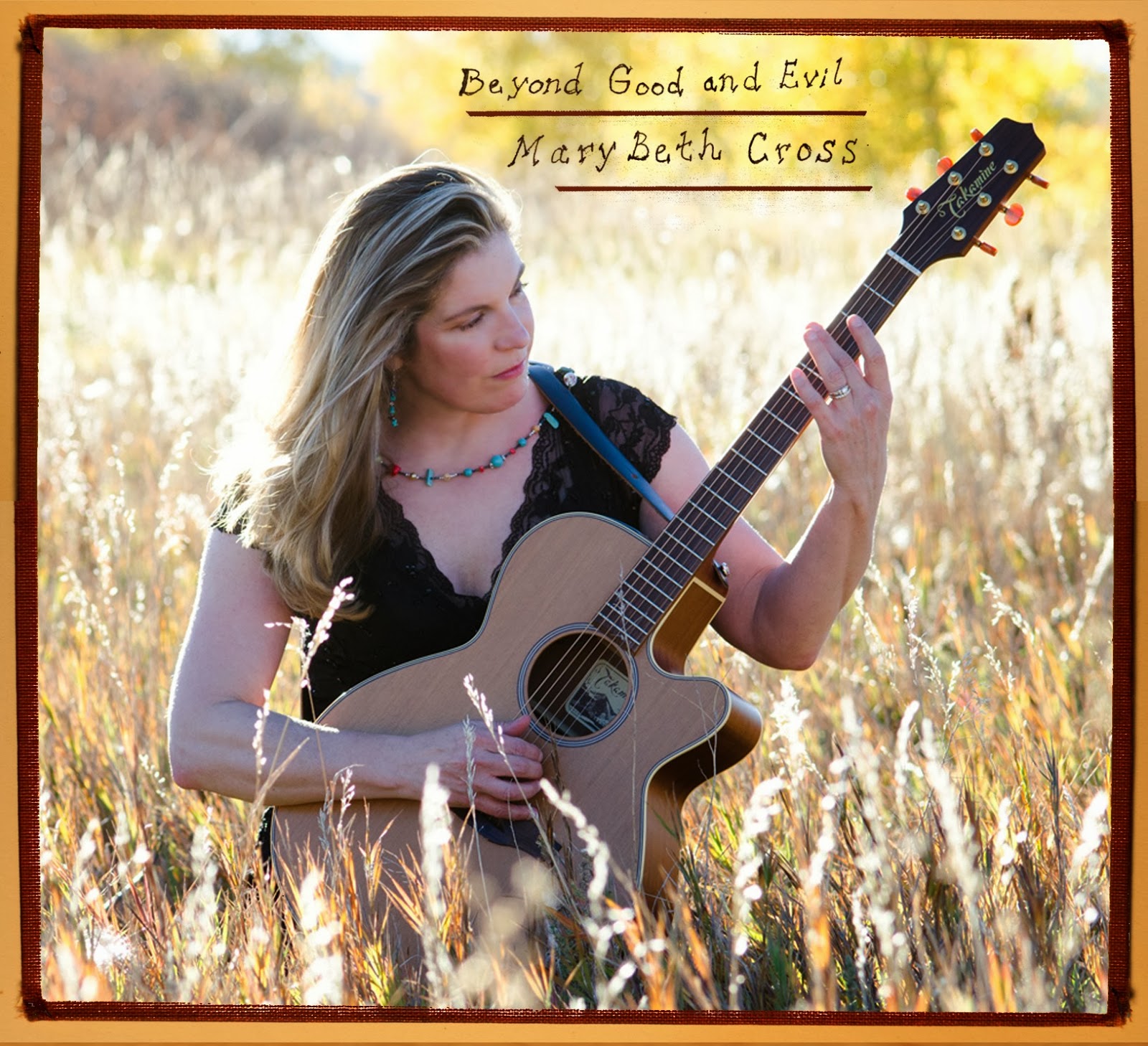 "Last year was unforgettable, and 2014 looks to be even better," said Cross, who is already working on her fifth album. My music comes from inspiration found in the beauty of nature and the human spirit. I work with all kinds of people, and I write songs to hopefully touch others and make them feel something."

The singer, songwriter, guitarist, banjoist and artist career coach received international exposure when "Beyond Good and Evil" hit number four on Airplay Direct's Americana Music Chart. Recorded in Nashville, the project gives voice to the pioneer spirit of the American frontier with original songs and cover tunes. Cross spent more than a year penning songs reflecting the grit and determination of the adventurers who blazed a trail from the East to the West in search of what they treasured most: beauty, adventure, land, new opportunities for work, and freedom from oppression.

Now she's taking her one-of-a-kind musical storytelling act on the road, appearing at events and venues such as Folk Alliance International in Kansas City, Mo., and the Black Rose Acoustic Society in Colorado Springs and Black Forest, Colo. Positive reviews are opening the way for airplay and appearances around the world, with Country Music News International calling the album worthy of "Americana CD of the Year".

When she isn't on the road performing, Cross is writing songs for her fifth album. The project, which is set for release in 2015, will reflect on what it feels like to be home. Like her other albums, including "Beyond Good and Evil", her songs will offer "thoughtful, soothing music for thoughtful living".

“I’ve discovered that people are yearning to find acceptance and solace in a dizzying world of pressure-filled expectations,” Cross added. “People long for an authentic, non-formula approach.

Cross carefully chooses acoustic instrumentation to bring her story-driven songs to life. Her music represents a few of the cultures that have contributed to what has become American music today, including the banjos of African immigrants; the pipes, whistles and percussion of Celtic music makers in the British Isles; and the horns, accordions and fiddles of French cafes. Her soaring, pure-tone soprano vocals have touched hearts in major venues, including the Denver Coliseum.

"Beyond Good and Evil" was produced, recorded and mixed by Dave Bechtel at Playground Recording Studio in Nashville. The album features Cross on lead and background vocals; multiple Grammy and IBMA Award-winning Stuart Duncan on fiddle, mandolin and banjo; Matthew Pierson on acoustic and electric bass; Mike Payne on acoustic and six-string guitar; Blair Masters on piano, accordion, organ and melodica; Ken Lewis on drums and percussion; Paul Nelson on cello; Michael Douchette on dobro; Gary Pigg on background vocals; and Bechtel on whistle.
The CD is being promoted nationally to folk-Americana radio by Nashville-based Bill Wence Promotions.  Whiting Publicity & Promotions is handling publicity.
"Beyond Good and Evil" continues to receive rave reviews.

"What is so compelling about Mary Beth's music to me is that it both educates and moves me," Bechtel said. "Her love and understanding of the struggles of the people for whom this great country was founded creates compelling stories. For her to tell these stories that so few have ever heard gives a voice to those who were born in a time when not everyone was treated as equal. This reveals Mary Beth's compassionate heart."

"Through the sweet purity of her voice, Mary Beth has captured the underlying haunting story in 'Babes in the Wood'," said artist Dierdre Keohane, partner of the late Irish songwriter Noel Brazil. I know Noel would be proud of this version."

"'Beyond Good and Evil' is a wonderful collaboration of fine instrumentalists and Mary Beth's vocals and songwriting," raved Chris McKhool, producer, composer, violinist and fiddler for Sultan of String. "It is a pleasure and joy to listen to."

"I was pleasantly surprised by the professionalism and sheer musicality that radiated from my speakers," said Uwe Kruger, singer/guitarist/songwriter of The Kruger Brothers. "She has managed to get her very outgoing, winning personality infused into her selection of songs that keep you listening to the CD all the way through with great joy!"

An accomplished vocalist and tunesmith, Cross moved to Denver in the 1980s to pursue a nursing career. Her music is influenced by the rural farmland and forests of her Wisconsin upbringing and the Rocky Mountains where she currently resides. The artist has emerged on the regional and national music scene with appearances on radio station KRFC-FM’s “Live @ Lunch” show at Colorado State University and musical performances at Folk Alliance International in Toronto; the “Colorado Performing Arts Jamboree” in Golden, Colo.; Swallow Hill Music in Denver; Metropolitan State College in Denver; the Delta Chelsea Hotel in Toronto; the Denver Coliseum; the Colorado Association of School Nurses in Breckenridge, Colo. She will perform at Folk Alliance International in Kansas City, Mo., on Feb. 20; the Black Rose Acoustic Society in Colorado Springs and Black Forest, Colo., on Feb. 28; and the Fall Out Urban Arts Center in Minneapolis on March 7.

"Beyond Good and Evil" is available for $15 at leading online music retailers, including Amazon and iTunes. To learn more about Mary Beth Cross or her new album, call (303) 842-1587, send an email message to MaryBeth@MaryBethCross.com, or visit http://www.MaryBethCross.com or http://www.reverbnation.com/marybethcross.

Taking the stage for the "Professional Songwriters Segment" at 8 p.m. will be Tay Barton (finalist/Disney's "Next Big Thing"); hit singer-songwriter Pam Belford (wrote "If I Know Me" by George Strait); and singer-songwriter Mike O'Quinn (touring pianist/singer/songwriter who has accompanied the Allman Brothers Band, Poco and Restless Heart).

Admission is free. Food and beverages will be available for purchase. Publicists Chuck Whiting and Scott Johnson will emcee the show. Songwriter/audio engineer AJ Bigler will handle sound.

"Tunesmithing" is sponsored by Whiting Publicity & Promotions, Music City Arts Update, and Shine Time Records and Books. "Tunesmithing" was founded in 2003 to spotlight emerging, professional and hit songwriters. The event offers mentoring, career growth and networking opportunities for tunesmiths at all levels.
For more information about "Tunesmithing", call (615) 423-9857, write Info@Tunesmithing.com, or visit http://www.Tunesmithing.com.

Posted by Chuck Whiting at 3:23 PM No comments: