'Feels Like Home' Bluegrass EP Under Consideration for Several Grammys

The EP, which includes original songs and classics, hit the Top 40 on five separate charts compiled by Roots Music Report. The eight-song project celebrates the importance of home in the lives of average, everyday Americans

The EP and selected songs have received airplay on terrestrial and online radio stations around the world, including KVMR-FM in California, WIKX-FM in Florida, KXCI-FM in Arizona, WBAA-FM in Indiana, WPKN-FM in Connecticut, KRFC-FM in Colorado, WIUP-FM in Pennsylvania, WWSP-FM in Wisconsin, WFMT-FM in Illinois, and WAGS-AM in South Carolina. FolkDJ ranked "Feels Like Home" number 31 for radio airplay during the month of June. 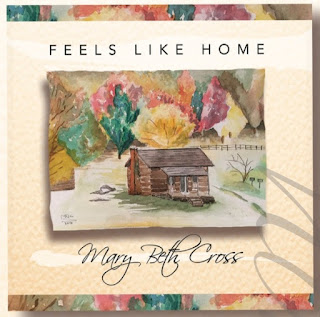 "Feels Like Home" debuted at number one on the APD Americana/AAA Albums chart. To download selections from the EP, visit https://itunes.apple.com/us/album/feels-like-home-ep/id1097215219.

"It's wonderful to see my music touching people as far away as New Zealand," said Cross, whose last album, "Beyond Good and Evil", was named "2014 Folk-Country CD of the Year" by the National Traditional Country Music Association. "My latest project includes cover songs that are part of the tapestry of my upbringing in Wisconsin, as well as originals that reflect my current home in Colorado. Good memories or sad memories are evoked by some of my favorite songs."
Posted by Chuck Whiting at 6:55 AM No comments: