Competitors will include totally blind national champion David Meador of Nashville and USBGA President Jim Baker of Hermitage, Tenn.  Other golfers will travel from as far away as Hawaii and Massachusetts to vie for the title of "best blind or visually impaired golfer in the nation." The USBGA National Championship tournament will tee off at 10 a.m. on Tuesday and Wednesday at Stone Creek Golf Course, 14603 S. Stoneridge Drive in Oregon City, Ore.  Hall of Fame and tournament trophy presentations will occur at 7 p.m. on Wednesday. Members of the general public may observe tournament play at no charge. 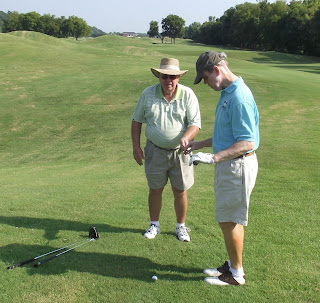 Other highlights of the special week for blind or partially blind golfers will include a "Connect With Community Day" practice round at 10 a.m. on Sunday; a Junior Blind Golf Clinic for 30 area school children from 10 a.m.-noon on Monday; and an 18-hole "Scramble" charity competition for the Oregon Lions Sight and Hearing Foundation at 2 p.m. Monday.

The USBGA will stage the National Championship simultaneously with its biennial U.S. Blind Golf Open, a separate international event for blind and partially blind golfers. The "Open" will feature all 20 National Championship competitors, as well as others from as far away as Northern Ireland, Canada, England, Israel, Italy and Japan.

"Every place we go, people tell us they had no idea blind people could play golf," said Baker. "Playing in the National Championship gives us the opportunity to educate the public about blindness issues."

All 20 National Championship tournament competitors playing in Portland will be accompanied by coaches who "act as their eyes". The coaches join their blind partners for breakfast, drive them to the golf course, manage their equipment, develop game-playing strategies, and provide directional advice for each hole.  The golfers do all of the swinging, putting, slicing, triple-bogeying, and birdying. Several USBGA golfers, including 2013 USBGA Championship Director Ron Plath of Lake Oswego, Ore., have hit holes-in-one. 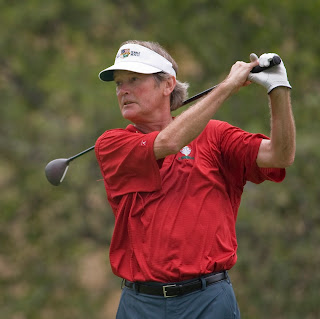 Golfers compete in categories ranging from totally blind (B-1) and little usable vision (B-2) to better usable vision (B-3). Winners in those categories will receive trophies designating them as the best blind or vision-impaired golfers in the nation. To be eligible to compete on the national level, a blind or vision-impaired golfer must have scored 125 or less (B-1), 110 or less (B-2), or 100 or less (B-3) in three qualifying rounds of golf.

"For someone like me, competing in a tournament like this is an opportunity to continue playing the game of golf," Plath said. "I am also honored to chair an exemplary event like this in my home state of Oregon. I enjoy the competition along with the ability to increase the awareness of a great thing, blind golf."

The competition will be stiff. Seven of this year's competitors placed in the top five in various categories of the 2012 National Championship in Oceanside, N.Y.  David Meador of Nashville earned first place in the B-1 (totally blind) division. Jim Baker of Hermitage placed second.

To make the tournaments possible, the organizing committee had to raise more than $40,000 from businesses, organizations and individuals. Tournament sponsors include the International Blind Golf Association and the Northwest Blind Golfers Association. The funds pay for green fees, lodging, and meals for 31 teams from across the nation and around the world. Competitors pay for their own transportation.

The United States Blind Golf Association was founded in 1953 by blind golfer and lawyer Bob Allman.  Today, the organization conducts three annual tournaments and holds more than a dozen clinics for blind and vision-impaired children through its junior blind golf program. The USBGA also has a Hall of Fame that honors legendary players and contributing organizations. 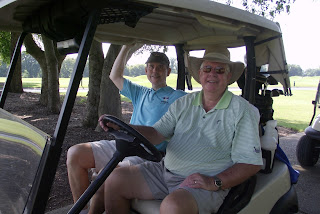 (Coach Everett Davis drives David Meador to the next hole.)

"Yes, we're about golf, but what we're really about is demonstrating for adults and children alike that absolutely nothing's impossible through partnership," said former USBGA President David Meador.

For more information about the USBGA National Championship tournament, call (615) 385-0784, send an email inquiry to davidmeador7@gmail.com, or visit http://www.USBlindGolf.com.