The final night of "Tin Pan South" was a delightful mix of classic country, contemporary country, pop/rock, blues, jazz and Broadway -- a great way to end the week.  We decided on the 6:30 p.m. show at the Loews (Rich Fagan, Peter McCann, Amanda Williams, Kim Williams with guest Tim Fagan) and the 9:30 p.m. show at the Loews (Alex Call, CJ Watson, Leslie Ellis and Casey Kelly).
Scroll down to the bottom for the latest "Tin Pan South" photos.
March 31 (Saturday):
The Loews:
Two Williams, Two Fagans and a McCann
This round was led by Amanda Williams, daughter of mega-hit writer Kim Williams.  Amanda started off by introducing her dad, as well as Rich Fagan (a frequent writer of Kim's who watched Amanda grow up), Tim Fagan (No relation... born in Hawaii now living in LA), and veteran writer Peter McCann.  Amanda received a glowing introduction from her father.  It turns out that she graduated magna cum laude from Berkeley!
Amanda kicked off the round with the rousing "Just Need A Man".  She later moved to piano and nervously showed off her fine skills on "If I Don't Move You".  Her biggest applause was for her country rap song, "Asstastic", a tribute to one of her finest ass-ets.
Kim entertained us with a string of his hits, "Papa Loved Mama", "If the Devil Danced in Empty Pockets" (his first number one hit with Ken Spooner), and the gospel-country standard "Three Wooden Crosses".  He expressed a true fondness for Garth Brooks, as well as Rich Fagan.
Next up was troubadour Rich Fagan, who performed "Overnight Male", "Be My Baby Tonight", and "A Long Walk Home", which brought roars of laughter from the audience. He thanked Neil Diamond for cutting his song, "The Good Lord Loves You".
The surprise of the evening was just how much the crowd loved West Coast songwriter/artist Tim Fagan. Tim won us over with his haunting and skillful guitar and his confident and direct vocals.  We listened intently to "Soldier in the War", (a song about a broken relationship) and "Revolving Door" (which was cut by Radiohead).  He had us hanging on every word as he performed "In the Woodshop", an autobiographical story where Tim confesses to having stolen another student's woodshop project and presenting it to his mother as his own.  Years later, when he was deathly sick in bed, a chainsaw goes off next door, reminding him of his sin. Karma visits with the words: "It's always better when you make it with your own hands."
Peter McCann began by telling us that he just celebrated his 64th birthday, leading into his new song "Geezerville".  He later drove the point home when he thought he saw hit writer Jim McBride in the audience, only to discover that it was Jim's son! Everyone sang along as Peter performed "It's the Right Time of the Night".  We all shook our heads in amazement and appreciation as he sang "Take Good Care of My Heart" in tribute to Whitney Houston.  Houston's duet of the song with Jermaine Jackson sold 26 million copies.


Wil Comstock, MCAU Music Correspondent
The Loews
A Show With Good Friends
Being somewhat sentimental, The MCAU staff decided to stay for the show featuring good friends Casey Kelly and Leslie Ellis.  They were joined in the round by Alex Call and CJ Watson.
Casey Kelly was the perfect host (and storyteller), performing classics such as "You Can't Get There from Here", "Soon" (recorded by Tanya Tucker), the lovely " That Road Not Taken", and the George Strait standard "The Cowboy Rides Away".  There's a reason why so many songwriters want to work with him.  He is simply one of the best lyricists on the planet, and his melodies and bridges are unforgettable.
One has to wonder why Leslie Ellis hasn't landed a major record deal.  She is one of the best pop/country singers in town, showing tremendous power, range and passion.  She presented beautiful songs co-written with songwriters such as Robin Ruddy and CJ Watson.  The audience was deeply moved to performances of "You Don't Say That Anymore", "All Over" (she stood up to sing this soaring jazz/pop ballad), "That's What Crazy Is", and "Cast Away", a song inspired by the Tom Hanks movie.  A highlight of the evening was her duet of Casey's "I Feel Sorry for Anyone Who Isn't Me Tonight" (made famous by Kenny Rogers and Dottie West).
Former San Franciscan Alex Call added a touch of pop/rock with "Power of Love" (recorded by Huey Lewis & The News for the "Back to the Future" movie series), "Time Machine" (a story song inspired by his 9-year-old son's baseball glove), and "Perfect World" (another Huey Lewis hit).  The crowd happily sang along to his pop classic, "867-5309/Jenny" (He got the idea for the song while sitting under a plum tree).
CJ Watson was an absolute delight, displaying his lyrical and musical genius (and bluesy vocal chops) with every song.  He performed songs covering the blues, jazz and swing genres, including " More to Love" (a song he wrote for the Miss Plus-Size Pageant), the hilarious "Coupe-de-Ville" (reflecting on his living-in-a-car days), "My Dog Jesus" (one of the most creative gospel songs we've heard), and "The Day My Baby Went to Hell".  He added clever guitar picking throughout the evening.
When the show ended, it dawned on everyone that the 20th anniversary of "Tin Pan South" was over.  We were worn out, but we still wanted the festival to go on.  Some of us hung out for a while to take pictures and watch Casey, Alex and CJ sign their new books on songwriting.  As we walked to our cars on West End, a couple from Kansas told us how special the festival was.  "We drive down for this every year," the husband said.  "It's the highlight of our year."  We came away from the 10 shows we attended feeling the same way.
-- Chuck Whiting, MCAU Editor
Do you have a "Tin Pan South" story/experience to tell.  Please send it to us at MusicCityArtsUpdate@earthlink.net .
"Tin Pan South" Schedule: http://www.tinpansouth.com/schedule2012.html
MCAU is sponsored by Whiting Publicity & Promotions, the artist-friendly choice for press releases, bios, artist statements, tour press, brainstorming/consultation, press kits, and social networking.  Visit our web site at http://www.WhitingPublicity.com . 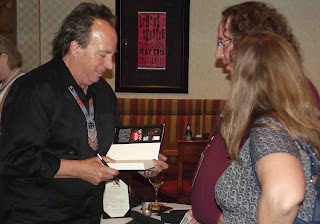 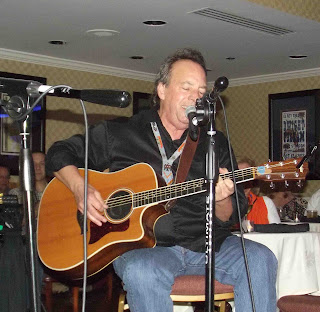 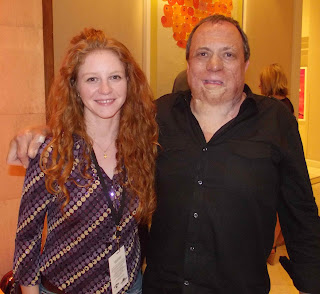 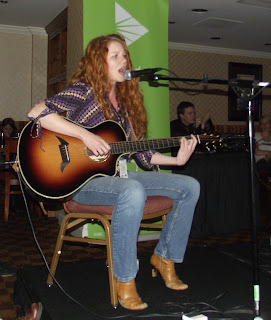 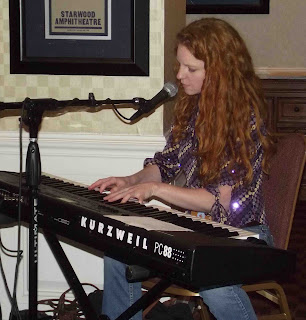 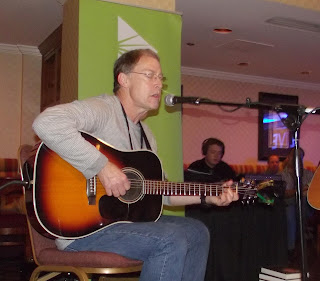 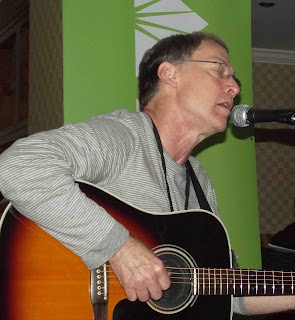 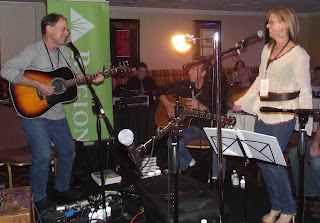 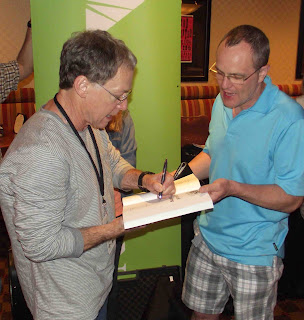 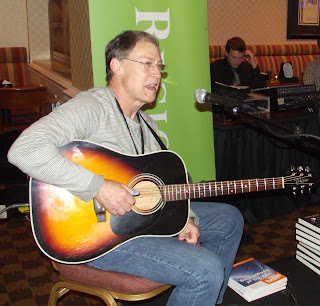 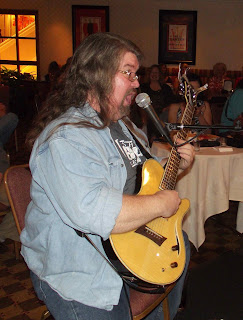 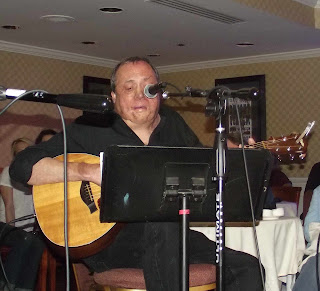 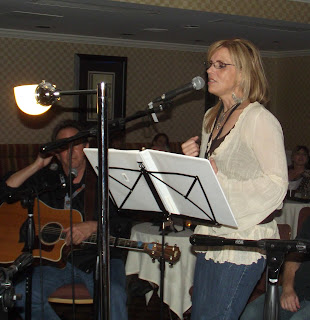 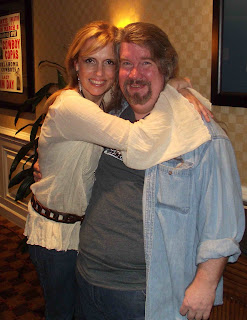 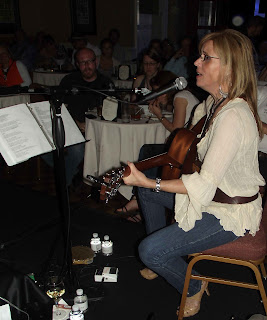 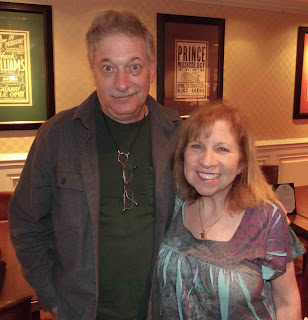 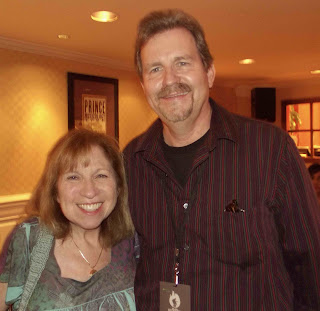 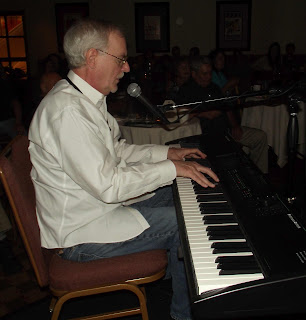 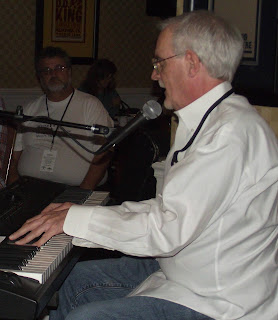 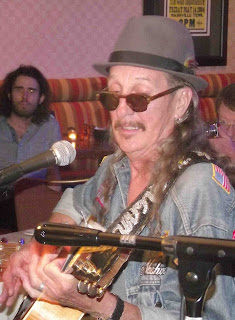 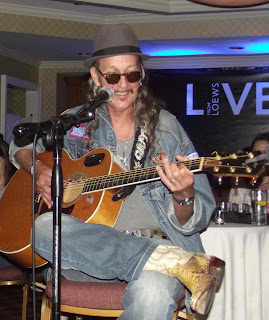 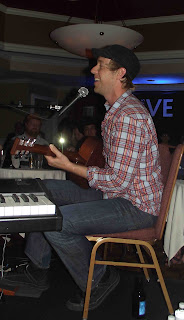 Posted by Chuck Whiting at 8:00 PM