The shows we chose for Friday night turned out to be the ideal mix of emotion, comedy and nostalgia.  We decided on the 6:30 p.m. show at the Station Inn (Buzz Cason, Alex Harvey, Dallas Frazier and Dickey Lee) and the 9:30 p.m. show at the Listening Room (Marc Beeson, Jim Femino (AKA Uncle Sexy), Joel Brentlinger and Michael Peterson).  We were "grateful" to have a great time.
Scroll down to the bottom of the article for the latest "Tin Pan South" photos.
March 30 (Friday):
The Station Inn:
Just when you think it can't get any better... and you are filled to the brim... and you feel like you can't take in any great new songs... "Tin Pan South" takes you back to the songs of your childhood.
Stepping back in time, we found ourselves listening to the family radio in the living room or maybe a new transistor tucked under our pillows. Buzz Cason took us back as we joined with him on the chorus of "Sandy" by Ronny & The Datonas.  He also sang the classics, "Love's the Only House", "Everlasting Love", and "Soldier of Love", which was released by Apple on The Beatles' BBC sessions.
What can we say about Alex Harvey? His West Tennessee voice is like warm sorghum on grandma's fresh-baked bread... served up with the classic "Ruben James", "Hell and High Water", and "Delta Dawn".
Dallas Frazier sat behind the keys dishing out hit after hit.  "If My Heart Had Windows", "There Goes My Everything", "Elvira", and the hit waiting in the wings, "Big Mable Murphy", which was an album cut for Diana Ross.
Dickey Lee joked about his heart, doctor and dentist being in the audience in between the standards, "Let's Fall to Pieces Together", "A Different Light", and "I Saw Linda Yesterday".
This was so much more than a trip down memory lane.  We left encouraged and inspired by the great legends of country, rock and pop.
-- Wil Comstock, MCAU Music Correspondent
The Listening Room:
Friday night's show at the Listening Room was a combination of heartfelt emotion and belly laughs.  That's because of the unique round of Marc Beeson and Michael Peterson (two of the best craftsmen in the business) and Uncle Sexy and Joel Brentlinger (two antic-prone jokesters).
Michael Peterson let it be known he was a fan of Marc Beeson, so much so that it inspired his move from Seattle to Nashville.  Michael's description of Marc as a top talent proved true.  Every song on his play list mesmerized the crowd, and his vocal performance and guitar playing were top-notch.  Songwriters and music lovers in the crowd were treated to songs such as "Be Grateful", "When She Cries" (a crowd favorite), "What I'm For", and a soon-to-be classic, "I Was Makin' The Right Mistakes".  (Can songwriting be any better than this?)
Being the perfect gentleman (something he is known for), Michael Peterson smiled as he gracefully performed brilliantly crafted songs such as "Right About Now", "When The Bartender Cries", "She Can't Remember And He Can't Forget", and the unforgettable "From The Grave To The Cradle", a lyric that's as close to perfection as we've heard.  Michael's vocals were dead on -- smooth, flowing and effortless -- with emotion to match.
It seemed unlikely that a show like that could produce belly laughs, but it did. Philly native Jim Femino (AKA Uncle Sexy) put the audience in stitches.  His quick-witted, sometimes self-deprecating humor centered on his weight, body habits, sex, pretty girls and whiskey.  The cigar-holding, whiskey-slugging artist had the personality to get away with risque' jokes that most people would be criticized for.  He set the crowd up, convincing everyone that "a fat man can't sing". Man were we surprised!  He belted out some of the best blues vocals in Nashville (and/or Philly), showing groove, range, attitude and rhythm.  It was a hilarious mix of crass and class.


Although he probably drank too much of Uncle Sexy's whiskey, Joel Brentlinger was a nice sidekick, playing off jokes and making up his own.  He almost seemed to take over as show emcee, complimenting his fellow artists at every turn.  He sang a nice duet of his song, "I Will", with co-writer/solo artist Crystal Hoyt.  Crystal provided beautiful background vocals much of the night.  Special guest Gary Hannon was invited up to the stage to sing "Tequila Makes Her Clothes Fall Off".
MCAU writers left the show feeling more alive and healthier, having laughed away the stress of the week.  It was a unique show for sure.  Now on to Saturday night's finales!
-- Chuck Whiting, MCAU Editor
Do you have a "Tin Pan South" story/experience to tell.  Please send it to us at MusicCityArtsUpdate@earthlink.net .
"Tin Pan South" Schedule: http://www.tinpansouth.com/schedule2012.html
MCAU is sponsored by Whiting Publicity & Promotions, the artist-friendly choice for press releases, bios, artist statements, tour press, brainstorming/consultation, press kits, and social networking.  Visit our web site at http://www.WhitingPublicity.com .
Photos (pictured from left to right):
1.  Alex Harvey and Buzz Cason
2.  Alex Harvey and Buzz Cason
3.  Alex Harvey and Fan
4.  Dallas Frazier and One of His Biggest fans
5.  Buzz Cason
6.  Dallas Frazier
7.  Delbert Cagle and MCAU staffer Wil Comstock
8.  Dickey Lee
9.  Gary Hannon
10. Joel Brentlinger
11. Marc Beeson, Uncle Sexy and Joel Brentlinger
12. Marc Beeson
13. Michael Peterson
14. Michael Peterson
15. Uncle Sexy and Joel Brentlinger
16. Uncle Sexy 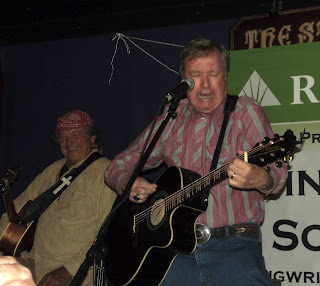 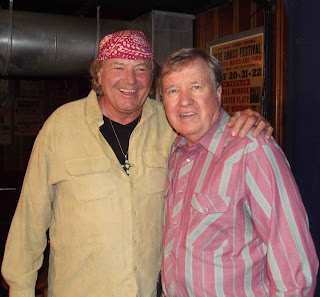 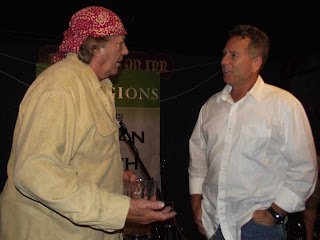 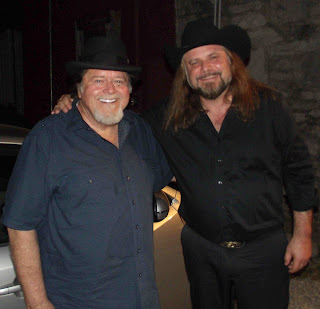 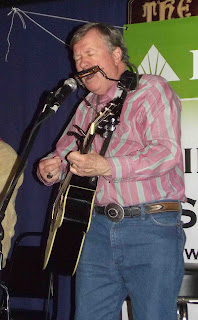 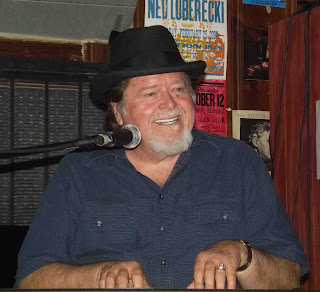 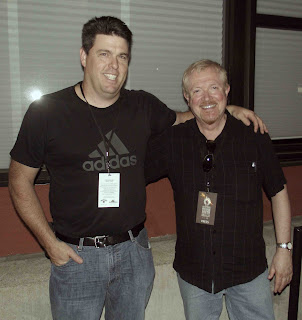 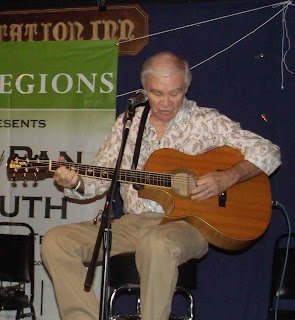 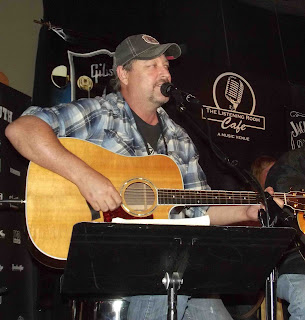 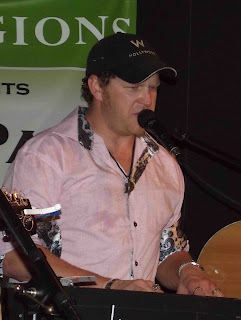 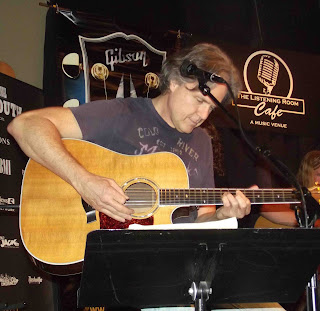 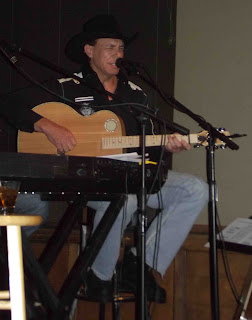 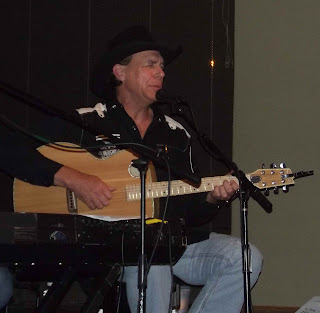 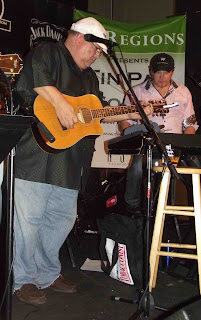 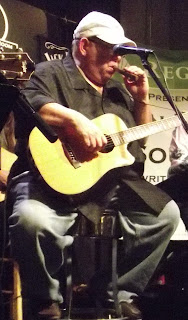 Posted by Chuck Whiting at 1:26 PM