With so many wonderful offerings, choosing where to go on Thursday night proved just as challenging as the first two nights.  After some consideration/discussion, we decided on the 6 p.m. show at Douglas Corner (Billy Montana, Randy Montana, Karen Staley and Don Poythress) and the 9 p.m. show at the Loews (Lionel Cartwright, Michael Johnson, Lari White and Joey & Rory).  It was an unforgettable night from start to finish.
Check out our latest "Tin Pan South" photos below .
March 29 (Thursday):
Douglas Corner:
What do two new first-time dads, a new grandfather, and a gal with one hell of a powerhouse voice have in common?  Great songs... by “buddies” who love writing and singing together.  The look of appreciation and affection on their faces as they watched each other play let all in attendance know how privileged we were to listen in.
The audience sang along with Billy Montana on “More Than A Memory” and “Suds In The Bucket”. In between songs, we heard fun stories about Randy Montana growing up.  Although maybe a tad embarrassed, Randy proved to be the gracious son who learned the craft of writing from one of the best.  His skills were evident on “Can’t Even Fall In Love In This Town” and my favorite, “The Last Horse”.
Karen Staley inspired all of us with “Tell The Mountain About Your God”, a song that will get you through the difficult times and plant your feet firmly on the other side.  She had us laughing and yearning on “Just What I Need On A Night Like This”, reflecting on how she ignored her mother’s repeated warnings about boys.
Don Poythress brought the house down with the crowd pleasers “The Trouble” and “It’s Hot”. And with our eyes closed, we drank in “You Remain”, a song covered by both Willie Nelson and Bonnie Raitt.  I happened to be sitting next to Don’s proud mom.  At times I would take her perspective looking at her son and the other three performers.
Hell, I’m proud to live in the same town with all of them. Thanks guys for a sweet and memorable  evening!
-- Wil Comstock, MCAU Music Correspondent
The Loews:
How do you sum up one of the best rounds imaginable?  Performances by Lionel Cartwright, Michael Johnson, Lari White and Joey & Rory even left audience member Hugh Prestwood spellbound.  "It's one of the best rounds I've ever seen," the songwriting legend said.  We totally agree.
Using piano as his main instrument, Lionel Cartwright sang and played originals such as "Give Me His Last Chance", "I Watched It All (On My Radio)", and "Press On".  He also performed a touching holiday tune that is currently being considered by Bette Midler.  His piano playing and singing were passionate and energetic.
Michael Johnson masterfully played and sang gentle classics such as "Old Fashioned Love", "April Fool" (co-written with Prestwood) and "Bluer Than Blue".  He surprised the crowd with "Emilio", a Brazilian-accented number to be featured on his forthcoming album on Red House Records.  The audience became a chorus on "Bluer Than Blue".
Lari White showed her tremendous range with songs ranging from "Lead Me Not" (which drew a lot of laughs) to "Eden Before The Fall" to "Champagne", a show tune about the healing aspects of "bubbly".  A critique of "Champagne" by friends Alan and Marilyn Bergman prompted her to rework some of the rhymes.  The Loews staff presented her with a glass of champagne after her performance.  A highlight of the evening was an unforgettable duet of "I Love The Way You Love Me" with husband Chuck Cannon. The heartfelt performance (with soaring vocals and luscious harmonies) left everyone deeply moved.
Joey and Rory added a touch of fun to the evening with performances of "I'm A Little More Country Than That" (which Don Poythress had performed earlier at Douglas Corner), "That's Important to Me", and "Chain Of Love".  Hearty laughs came when Rory sang the sassy "Cheater, Cheater".  Another highlight was Joey's touching performance of "Teaching Me How To Love You", a song written during his Harlan Howard staff writing days.
Everyone wore smiles after both shows ended.  It was a great night... to be remembered for a long time.
-- Chuck Whiting, MCAU Editor
Do you have a "Tin Pan South" story/experience to tell.  Please send it to us at MusicCityArtsUpdate@earthlink.net .
"Tin Pan South" Schedule: http://www.tinpansouth.com/schedule2012.html
MCAU is sponsored by Whiting Publicity & Promotions, the artist-friendly choice for press releases, bios, artist statements, tour press, brainstorming/consultation, press kits, and social networking.  Visit our web site at http://www.WhitingPublicity.com .
Photos (pictured left to right):
1. Billy and Randy Montana
2. Billy Montana with Songwriters
3. Don Poythress, Randy Montana, Karen Staley and Billy Montana
4. Don Poythress
5. Hugh Prestwood and Lisa Aschmann
6. Joey & Rory
7. Joey and Rory, Lari White, Lionel Cartwright, Michael Johnson
8. Karen Staley
9. Lari White
10. Lionel Cartwright
11. Michael Johnson
12. Round with Billy Montana, Randy Montana, Karen Staley and Don Poythress 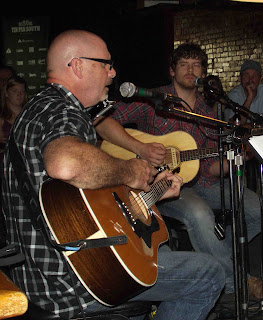 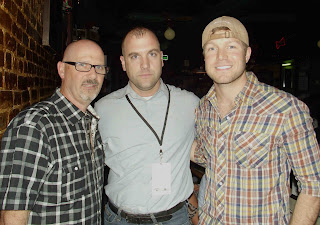 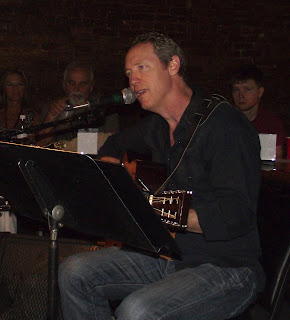 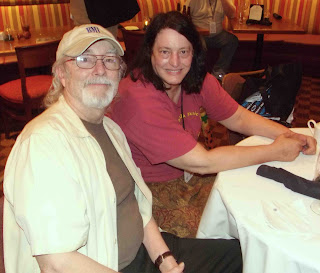 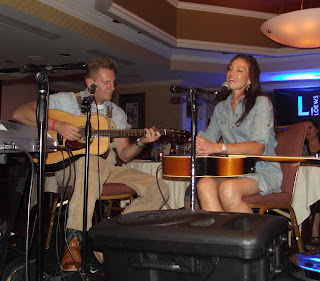 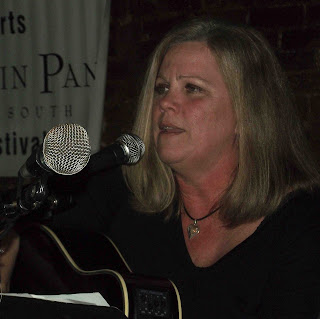 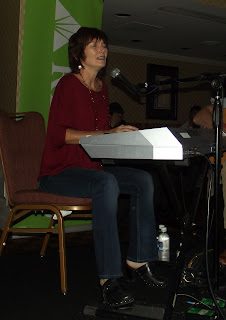 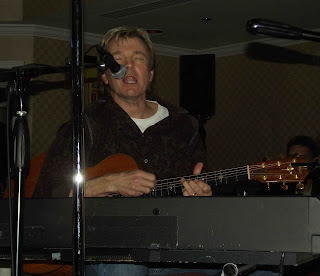 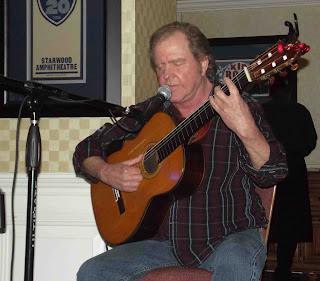 Posted by Chuck Whiting at 1:07 PM