On the surface, one might think the combination of a country-pop songstress, a blues extraordinaire, and a songwriting legend from the '80s'/'90s rock scene might be awkward. In fact, I spoke with a couple people who didn't like it. But others raved. What seemed unusual at first turned out to be a very good show.

Who can't love Victoria Shaw, a beautiful artist known for her touching ballads. Some years ago, I ventured to Italy with two friends. By chance while exploring in Cortona, we started a conversation with an American woman who raved about Italy, then happened to mention that her daughter was a songwriter. After a bit more conversation, we learned that her daughter was Victoria Shaw. On Thursday night, we took the opportunity to say hello to Victoria's mother, who happened to be sitting at a table just off the stage. Surprisingly, she remembered meeting us. It's a small world in Little Big Town. 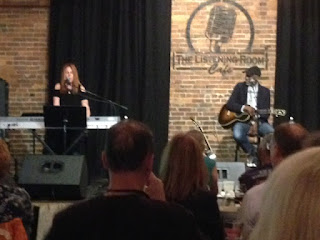 Victoria started the show with the lovely grace one would expect, saying how honored she was to be performing on the same stage with Keb and Desmond. The audience loved her performance of "Till The River Runs Dry." Later, she mesmerized the crowd with a tender rendition of the John Michael Montgomery hit, ""I Love The Way You Love Me." Desmond reminded her, laughingly, that she had sung the love ballad at his wedding. How could she forget! Victoria also knows how to write pop, rock, Latin and blues, as she proved with "Nobody Wants To Be Lonely," a hit she co-wrote with Desmond for Ricky Martin and Christina Aguilera. She then belted out a satirical song she wrote with Bette Midler that conveys a true-to-life portrayal of the Divine Miss M's spunk and sass. The songwriting legend ended with a stirring performance of the classic hit "Never Alone." 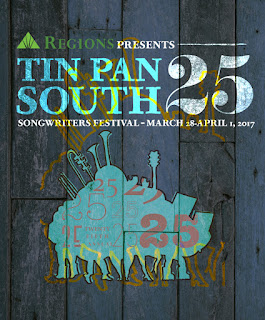 Keb Mo is a Nashville legend who lives in another musical world -- the blues. Fans seated at the table in front of us said they drove up from Atlanta to see him. That's not surprising given his three Grammys and international acclaim. Keb grooved up the crowd with the infectious "Soon As I Get Paid," telling his delighted fans afterwards, "Nobody knows my songs... I'm standing between giants." Victoria quickly responded, "You're a real artist," emphasizing the word "real." The pleasant encounter drew a round of applause.  Keb's bluesy ballad, "One Friend," was one of the most moving songs of the evening. The heart-achin' "Old Me Better" made me smile, which is what the true blues are supposed to do. It was a lot of fun hearing him pick a national resonator guitar during a performance of "Suitcase"... "I got a suitcase baby... I take it everywhere I go... It's just a big old bag of trouble, trouble all I know...." He closed with the cleverly penned "For Better or Worse," a song he co-wrote with Victoria. 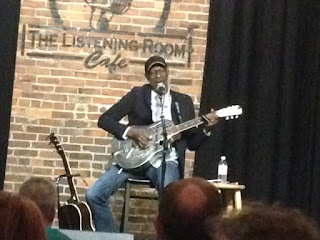 Desmond Child is a man of great talents and heart. He is helping NSAI lobby Congress to pass laws that protect and improve the livelihoods of songwriters. "Songwriters don't get credits anymore," he passionately told the audience. "They don't make the Vanderbilts give away their mansions. Why should we have to?" The mostly Baby Boomer/X crowd served as a chorus during performances of his eighties rock hits. First there was "Living On A Prayer," a Bon Jovi hit that Desmond calls the "number-one-played song in strip clubs at the end of the night." Just about everyone seemed to like his performance of "Angel," the first song Aerosmith ever recorded that was written outside the band. Desmond showed off his powerful voice with "Weird," a song he wrote in the '90s for the band Hanson. "I'm nearing the end of my career," he told the audience with a note of sadness, before launching into his final song, the Bon Jovi rock classic "(You Want To) Make A Memory." 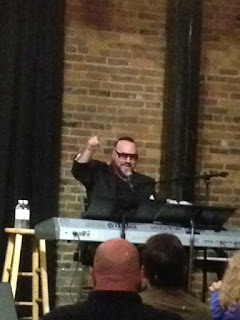 Good memories and uniqueness make shows like this special. Thanks to Victoria, Keb and Desmond for sharing their stories and talents!