Mary Beth Cross Releases Video of 'Babes in the Wood'

The video, which was filmed at various landmarks including Denver's Union Station, features Cross performing on a snowy, dark downtown street with five dancers from Cherry Creek Dance. The performances are accented with clips of roaming wolves from Yellowstone National Park, a reminder that danger lurks just beyond the happy-go-lucky innocence of youthful bliss.

Cross describes her project as "a visual story of the wolf in nature at Yellowstone and mankind's living in harmony with the Earth, nature, one another and ourselves." The artist's smooth soprano vocals are energized with vocal echoes, drifting synthesizers, electronic pulses, and heavy percussion.

"You might call my techno-pop song video of 'Babes in the Wood' a creative endeavor," said Cross, who recently received the "2014 Folk-Country CD of the Year Award" from the National Traditional Country Music Association. "There are times when we need to step out of our comfort zone. In this case, I wanted to help individuals experience the deeper subconscious meaning of the battle between Little Red Riding Hood and the Big Bad Wolf. The presentation is both beautiful and haunting."

The artist's vocals were re-mixed from an existing recording with the electronic wizardry of Nashville producer/arranger/keyboardist Matt Stanfield. The atmospheric, rhythmic rendition is a sharp contrast to the popular folk song she recorded for her last album, "Beyond Good and Evil". She describes the newer dance version as more moody, creating an atmosphere of mystery and evoking the imagination of the listener.

The "Babes in the Wood" song and video are available for download. To see the video at You Tube, visit https://www.youtube.com/watch?v=oObpwNXXAWc&feature=youtu.be . To download the song at iTunes, visit https://itunes.apple.com/us/album/babes-in-the-wood-single/id943666599 .

"The dancers were dressed in red-accented and blue-blended plaid shirts, reminiscent of Colorado's urban gangs," added cross, who dressed in a red pea coat her mother gave her in college. "Like nature, we are finding ways to camouflage ourselves to co-exist in a dangerous world. We can embrace fear, or we can choose to hold our ground. My video encourages viewers to do the latter."

In the lyric, Brazil paints a striking picture of the battle between good and evil. For Cross, his message is both troubling and reassuring. Predatory wolves are lurking about to sabotage one's dreams. Families fall apart, criminals do harm, and the innocent become prey.

"Metaphorically, there's a Big Bad Wolf lurking inside all of us," the artist continued. "The song and video bring to light the process of our childhood innocence maturing into adulthood and the choice of becoming the predator or prey, and finding a balance of the two within ourselves. By bringing this to one's consciousness, we can make the choice to allow others to co-exist without a ruthless battle, living in peace and harmony. I believe that the hope for the planet lies in the balance of progress and thoughtful living."

Cross received national exposure in 2013 with the release of her fourth CD, "Beyond Good and Evil". The project, which was produced by Dave Bechtel, landed a top-five ranking on Airplay Direct. Critics around the world praised the album, with Country Music News International calling it worthy of "Americana CD of the Year". In 2014, she received the "Folk-Country CD of the Year Award" at the Old-Time Music Festival and Convention. 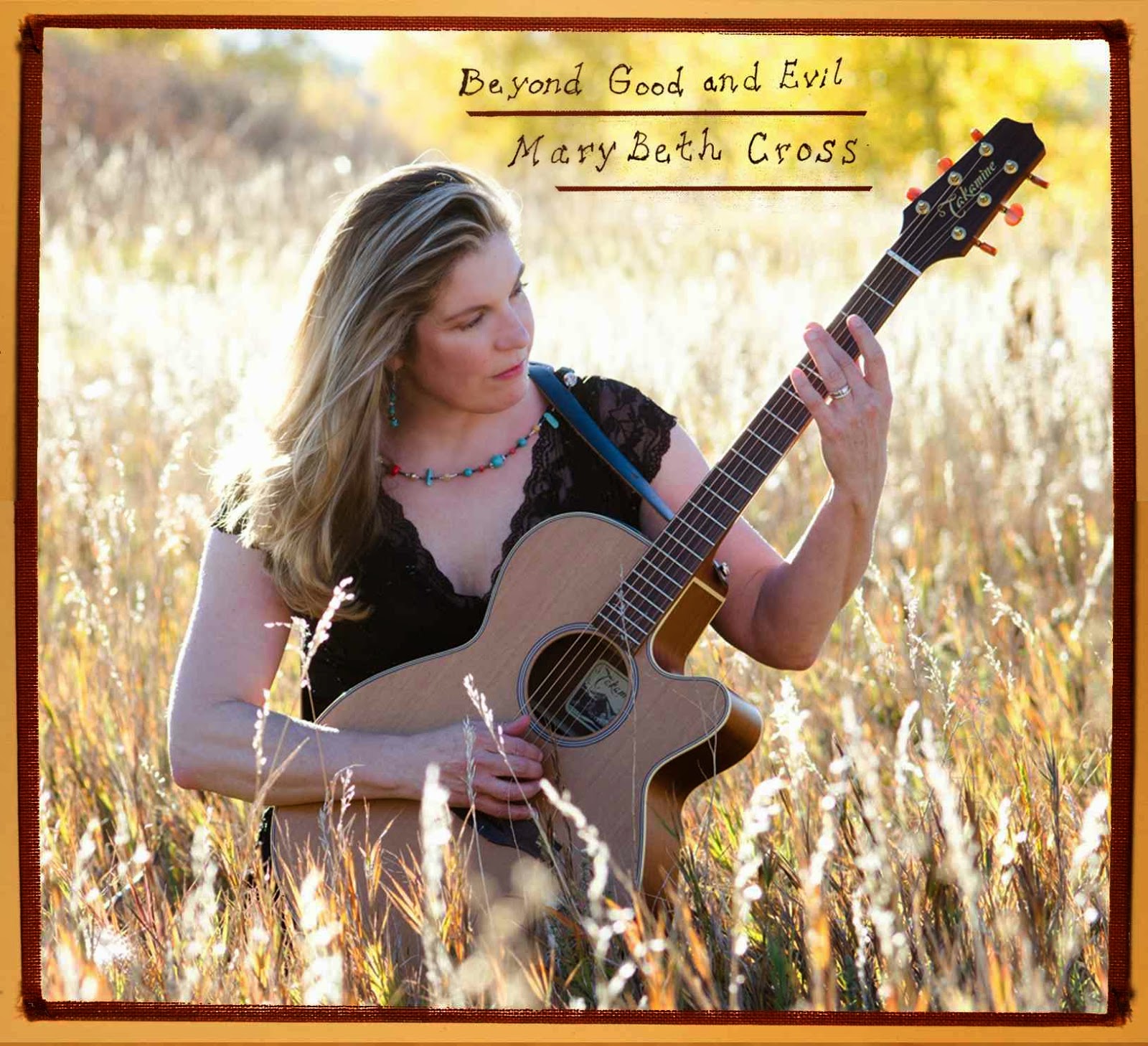 The CD gives voice to the pioneer spirit of the American frontier with original songs and cover tunes. Cross spent more than a year penning songs reflecting the grit and determination of the adventurers who blazed a trail from the East to the West in search of what they treasured most: beauty, adventure, land, new opportunities for work, and freedom from oppression. Although she didn't write it, her folk-Americana rendition of "Babes in the Wood" remains a favorite.

The artist has also performed extensively across the U.S. and Canada. Highlights include Folk Alliance International in Kansas City and Toronto; the Black Rose Acoustic Society in Colorado Springs and Black Forest, Colo.; radio station KRFC-FM’s “Live @ Lunch” show at Colorado State University; the “Colorado Performing Arts Jamboree” in Golden, Colo.; Swallow Hill Music in Denver; Metropolitan State College in Denver; the Delta Chelsea Hotel in Toronto; the Denver Coliseum; the Colorado Association of School Nurses in Breckenridge, Colo.; the Fall Out Urban Arts Center in Minneapolis; the "Summer Concert Series" in Arvada, Colo.; and the Musicians United to Protect Bristol Bay Concert in Raleigh, N.C. In 2015, She will visit Paris for a performance at the "European Independent Film Festival".

Cross is also busy writing songs for her fifth album, which will reflect on what it feels like to be home. The project will be recorded later this year for release in early 2016. Like her other albums, including "Beyond Good and Evil", her songs will offer "thoughtful, soothing music for thoughtful living".

“I’ve discovered that people are yearning to find acceptance and solace in a dizzying world of pressure-filled expectations,” Cross added. “People long for an authentic, non-formula approach. 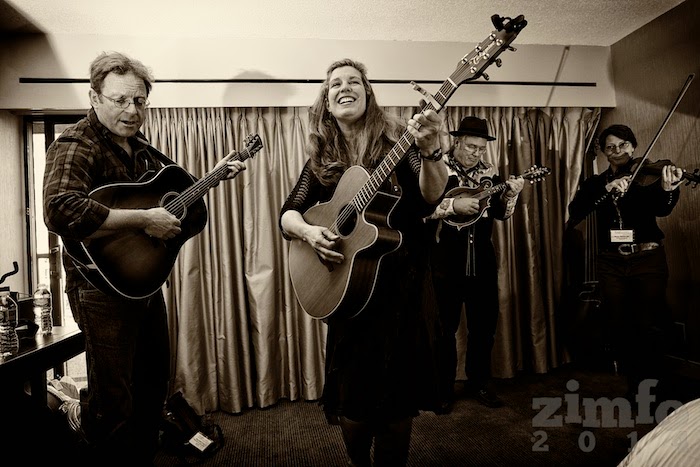 An accomplished vocalist and tunesmith, Cross moved to Denver in the 1980s to pursue a nursing career. Her music is influenced by the rural farmland and forests of her Wisconsin upbringing and the Rocky Mountains where she currently resides. She carefully chooses acoustic instrumentation to bring her story-driven songs to life. Her music represents a few of the cultures that have contributed to what has become American music today, including the banjos of African immigrants; the pipes, whistles and percussion of Celtic music makers in the British Isles; and the horns, accordions and fiddles of French cafes. Cross's recordings spotlight her soaring, pure-tone soprano vocals.

"Through the sweet purity of her voice, Mary Beth has captured the underlying haunting story in 'Babes in the Wood'," said artist Dierdre Keohane, partner of the late Irish songwriter Noel Brazil. "I know Noel would be proud of this version."

Matt Stanfield is known around the world for his beautiful, strange, evolving and hauntingly addictive arrangements featuring forward-thinking piano. He has worked with artists such as Norah Jones, Kelly Clarkson, Natalie Grant, Jonas Brothers, Newsboys, and Chris Thomlin.

"On a literal level, there is a real and present struggle for the DNR of the Great Lakes Region of the U.S.," Cross said. "There is currently federally regulated protection of the wolves. Legislation passed in December 2014 called off the fall wolf hunt, as they are protected under the endangered species list. This, along with harsh winters, has caused a dramatic impact on the whitetail deer population in the north woods of Wisconsin, including the Nicolet National Forest, where my family has participated in the buck hunt every fall for over three generations. As wolf experts in Yellowstone have assured me, the secret lies in the balance as each animal has a role and an impact on the ecosystem."

To learn more about Mary Beth Cross or her music, call (303) 842-1587, send an email message to MaryBeth@MaryBethCross.com , or visit www.MaryBethCross.com or www.reverbnation.com/marybethcross .
###
Posted by Chuck Whiting at 11:19 AM