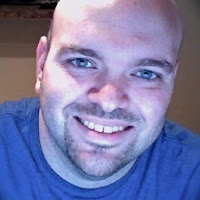 NASHVILLE, Tenn. (September 2013) – Big Kenny, the infamously top-hatted half of country duo Big & Rich, recently opened the doors to his recording studio to offer a sneak peek at his latest out-of-the-box project.

Earlier this year the group released several singles, including “Dance Upon the Solid Ground” and “Hope Chant.” This week Electro Shine takes a second look at the Big & Rich catalog with the release of the “Party Like Cowboyz/Born Again” single on iTunes. Both songs were originally on last year’s Warner Brothers release “Hillbilly Jedi” and have been remixed by Electro Shine. 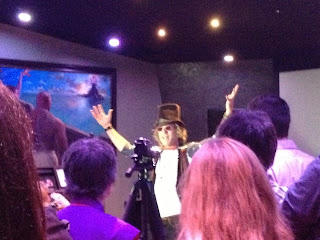 “It’s (Electro Shine) very much done in the whole philosophy of the (Music) Mafia and that is, if there’s greatness; then it should be brought together…,” said Big Kenny. “We hold no boundaries or prejudices against any other kind of music or wherever it may come from. At this point in time, the thing we’re focusing on creating is music that makes you want to dance!”

He added that a full length Electro Shine album should be released by the end of the year from Glotown Records.

The beginnings of the group can be traced back to early 2011. Big Kenny took note of the huge reaction to the dance remix of Big & Rich hit “Save a Horse (Ride a Cowboy)” and decided it was time to continue the party. He collaborated with co-producer CheBacca (aka: Che Brooks) and instrumental strings duo ChessBoxer to create something he calls the “New Revolution of Musika Without Prejudice.” ChessBoxer brought in organic instruments with sounds ranging from country, bluegrass, world-folk, Appalachian, classical, and rock. Then the team mixed in electronic dance beats to create a new, distinct sound.

Although the combination might seem odd, the concept is taking off. Dance artist Avicii is currently riding high on the Billboard charts with “Wake Me Up,” a song that includes banjos, guitars, and electronic beats. Big Kenny says that he wants to show the world that Nashville is open to all types of music and hopes his no boundaries approach can inspire others.

“Now we have the opportunity to be on the cutting edge of spreading something else from right here in Music City USA… making this even more of a beacon of creativity than it already is,” he said. “We’re just continuing to push the envelope!”
In keeping with his “Love Everybody” philosophy, Electro Shine singles have featured collaborations with Megan Mullins, Dave Stewart of The Eurhythmics, as well as Ky-Mani and KJ Marley. Big Kenny says his collaboration with the Marleys involved a trip to Jamaica where he proudly played the banjo for locals.

Electro Shine has tested its EDM/country music fusion to fans across the world. From CMC Rocks the Hunter in Australia to Twin Lakes, Michigan and back to Belmont University in Nashville; Big Kenny says his number one goal is to get everyone to dance.

“We did one (a show) in Twin Lakes. I bought a circus tent!” he said. “We bring what we feel is the energy that we see in the big clubs on the East and West Coast. We bring this feel to Middle America in a place that we know where our audiences are and let them feel what that’s like!”

Big Kenny is known as one of Nashville’s biggest risk-takers. For the past decade, the Culpepper, Va., native has been blending rock, hip-hop and country influences with John Rich. Since 2003, Big & Rich have sold over 5 million albums and charted 10 singles on the Billboard Hot Country Songs charts. Big Kenny has also penned top ten hits for artists such as Tim McGraw, Gretchen Wilson, and Jason Aldean.