INDEPENDENCE, Va. (April 2014) – Singer/songwriter/eco-activist Joyce Rouse (AKA Earth Mama) has spent the past three years recording a new CD of original folk-Americana songs she hopes will give listeners "a better understanding of our home, the natural world." 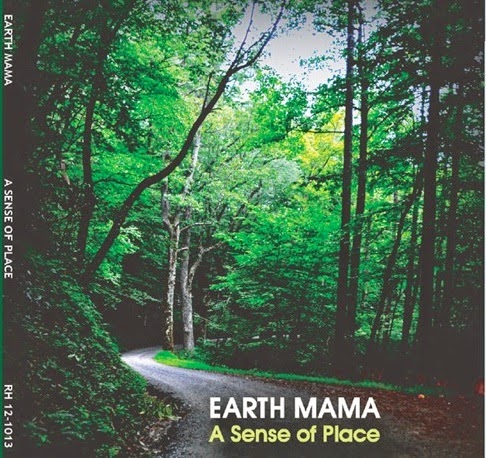 "A Sense of Place" reflects the spirit of Southern Appalachia with songs of kindness, hope, love, Mother Earth, good neighbors, family and life. Some of the songs encourage listeners to celebrate home by protecting the ecosystems, native species, and natural water systems that face destruction in the wake of industrialization, coal mining, and climate change. Others cherish the camaraderie of family members and neighbors who share homegrown crops and help each other out when times are tough. Listeners can experience the region by taking an imaginary flight on an oriole's wings or exploring the winding Blue Ridge Parkway.

"I had written and recorded some songs centering around the Southern Appalachian Mountains where I have lived for many years," said Rouse, who has delighted audiences with toe-tapping music and green-living tips since 1994. "These songs seemed to be the anchor for this project. 'A Sense of Place' branches out to include a reggae song about local economy and local foods, as well as a pastiche of other genres and topics."

The album begins with "Detour Road", a spirited, up-tempo "rocking chair" tune that encourages listeners to choose love and peace (rather than hate) when they reach the "wishbone in life's highway". The song captures the flavor of front porch sing-a-longs with gospel-esque vocal harmonies, bluesy harmonica, playful kazoo, and fast-paced percussion. 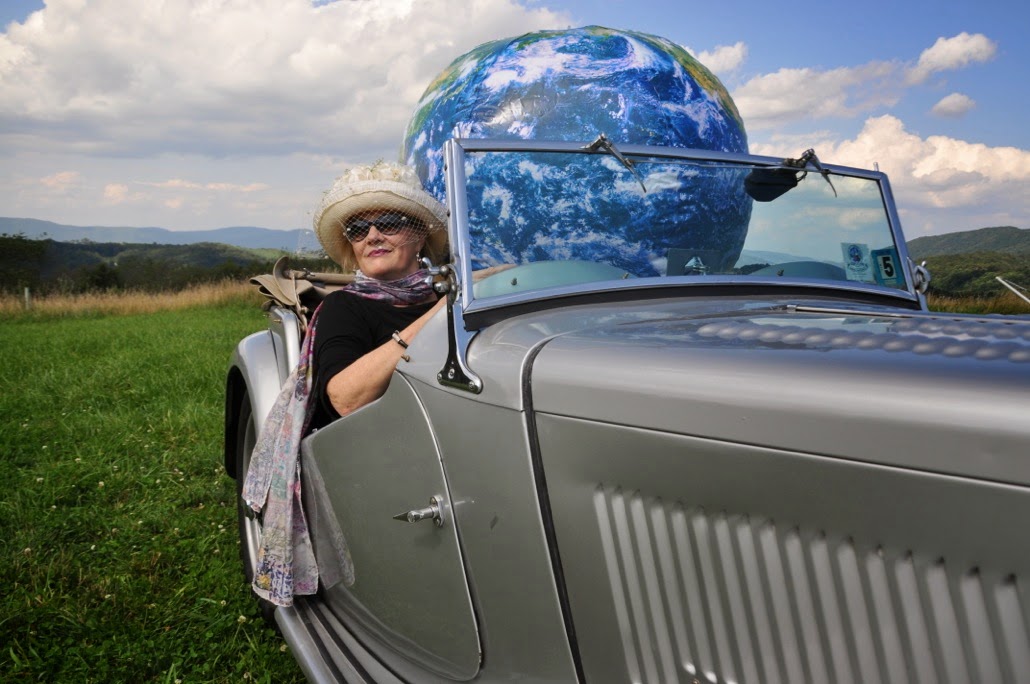 "I got to sing 'Detour Road' in a set at the beautiful historic Liberty Theatre in Eunice, La.," the artist noted. "The crowd got really involved with the refrain, and some rhythm instruments were passed around. The song is one of my favorites on the CD because of the 'feel-good' sing-a-long energy, and even more special with my husband's contribution of harmonica to the track."

Rouse switches gears with "To An Oriole", a soaring and drifting ballad that uses the words from Edgar Fawcett's famous poem. Here, the listener experiences the "splendor" of a black and orange-flected bird flying toward Heaven. The gentle production features Rouse's rich soprano vocals with gossamer piano track and stringed instruments.

"Birder, naturalist and organic farmer Bruce Allen sent me that poem," Rouse continued. "Like many songwriters, I get these requests, and the poems don't always resonate with me. This one spoke right to my heart."

The song "Heaven Down Below" reveals how bank takeovers, mindless development, mining, and mountaintop removal are wiping out whole towns, families and communities. An Appalachian farmer faces heartbreak when he loses his home on Whitetop Mountain. The singer promises to teach his children to "love the land and let it show." The song aches with imagery-filled lyrics, down-to-earth vocals, country fiddle, and a bedrock steady guitar foundation by Bryan Sutton.

"Not far from where I live are mountains that are being blown to smithereens to extract the coal that is shipped all over the world to fuel electric power plants," the artist said. "Mountaintop removal is wiping out farms and homes that have been in families for more than a century. Mudslides and coal ash spills have killed people, but we get our electricity without interruption."


Rouse celebrates the 75th anniversary of the Blue Ridge Parkway with "Ribbon of Stone", a mountain folk song that celebrates 469 miles of a region and culture "unlike any other on Earth". As the driver winds her way through breathtaking forests, hills and valleys, she hears the sounds of whistling warblers, looks out over mist-shrouded mountains, and touches the stitched fabrics of heirloom quilts.

She honors the memory of the late Keith Palmer with the ballad "Only One", a song that was recorded as a demo back in 1992. As Rouse was finishing up the CD, the song kept "nagging" for attention. Rouse weaved vocal accents with new lines through Palmer's smooth tenor vocals to make the song a good fit for "A Sense Of Place".

"Much of our sense of place in the natural world comes out of our childhood experiences of playing outside, wading in creeks, and exploring the wooded areas," the artist added. "After shows, people have shared their stories of loss at discovering the ecosystems of their childhood destroyed by development, pollution or industrial agriculture. That sorrow underscores how vital natural places are to children."

The mountain reggae tune "If You Need A Chair" encourages individuals to build community and better ecology by trading or buying homemade goods (chairs, bread, fruits, vegetables, clothes, brooms, songs, cakes, and animals) from their neighbors. Rouse, who lives on a mountain just outside of Independence, Va., supports her community by buying locally grown foods. She is putting the finishing touches on a book based on the song.

"A Sense Of Place" was recorded in Nashville, with Rouse serving as lead vocalist, songwriter and producer. Some of the selections feature stirring accompaniments by fiddler/banjoist/dobroist Wanda Burchfield, keyboardist Catherine Marx, and percussionist Paul Scholten. The project was mixed by sound engineer Rob Matson.

"I love to hear instrumental breathing spaces in music to deeply absorb the lyrics," Earth Mama reflected. "Listeners need time to absorb the depth and nuance of some lyrics, so I make an effort to leave spaces for the heart and soul of the work to blossom."

The project and album-related performances have received positive reviews.

"The concept of place runs through all the songs," raves fan Mary Lou Dolan. "'If You Need a Chair' is the perfect local economy song. I'm taking it to our group's next meeting as 'local' is what we are all about."

"'A Sense of Place' is a wonderful, 10-song ride that will make you smile, make you move, and make you ponder, reflect and feel enriched by the musical messages," writes Birdsong recording artist Lindy Gravelle. "The songs are so well written, masterfully produced, and performed by Earth Mama. The Nashville musicians, singers and engineer she assembled all play their parts with just the right sounds to support her stylish vocals. She’s on a mission to raise our consciousness about life on Earth, and she does it with heart and humor, captivating and entertaining you the whole ride through."

Earth Mama performs regularly at a wide variety of venues across the nation, including libraries, grade schools, universities, church groups, retreat centers, conferences, museums and festivals. She recently took on an artist-in-residence role in a small Louisiana town. The artist weaves threads of science, spirit and art into each concert and continues to write inspiring music in many styles with one goal in mind: “Helping Heal the Planet One Song at a Time.”
A 15-year voting member of the Grammy Awards, Rouse's songs have been recorded and/or performed by artists such as Maureen McGovern, Marie Osmond, and the McCarter Sisters. She has written theme and event songs for environmental and peace organizations such as the Food and Agriculture Organization of the United Nations, UNESCO, and the International Earth Charter. She recently recorded an environmental public service announcement for La Leche League. Her music has been used by choral societies, children's choirs, and international choirs, as well as community-building events. In 1995, her song, "Standing on the Shoulders", was chosen as the theme song for a national event in Washington, D.C., celebrating the 75th anniversary of the 19th Amendment. 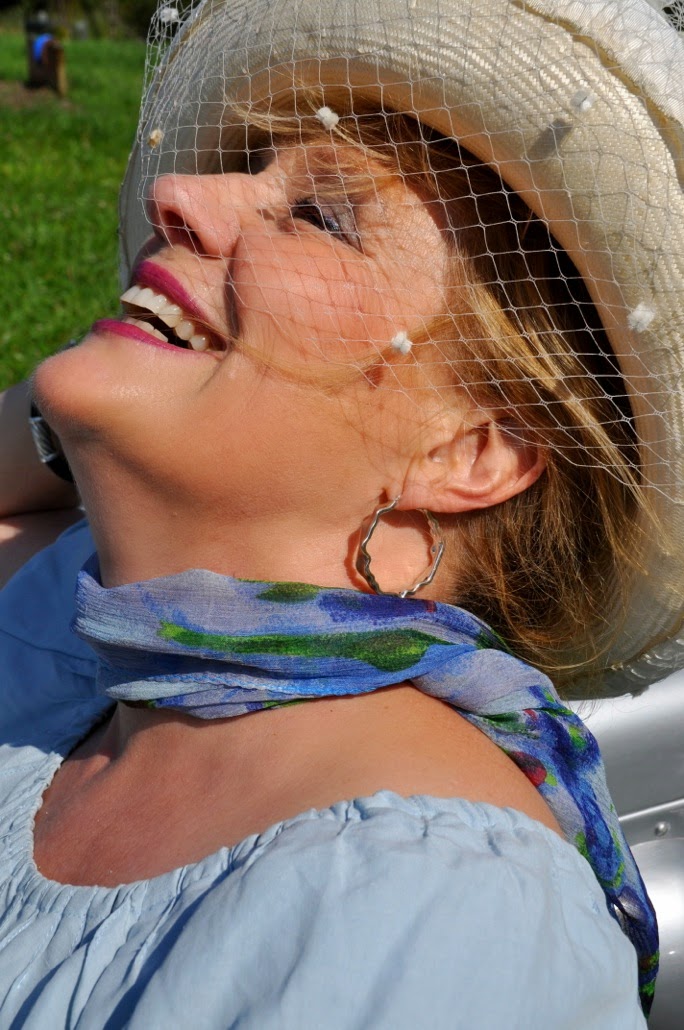 In 2008, she recorded “Virginia Beauty, A Love Song for the Commonwealth”, an anthem that has been widely circulated as a possible new state song. The Highland Camerata featured the song in its Minds Wide Open program honoring Virginia women in the arts. In 2011, the Virginia Choral Society of Newport News, Va., debuted a new eight-part choral arrangement for larger choirs arranged by artistic director James Powers. Rouse earned a bachelor's degree in home economics from Iowa State University and a master's degree in earth literacy from Saint Mary-of-the-Woods College in Indiana. Rouse and her husband, Richard, live in the Blue Ridge Mountains of Southwest Virginia.

"The recent passing of Pete Seeger and review of his life and body of work is a potent reminder of the power of the right song at the right time to influence a movement, or to create space in people's hearts to look at old patterns of behavior and steer a course for better actions," Rouse said. "I am standing on his shoulders, as well as others like Woody Guthrie, Joan Baez, Malvina Reynolds, and Marvin Gaye. I am proud to follow in their tradition and grateful that 'A Sense of Place' is gaining interest locally and beyond!"

"A Sense of Place", which retails for $15, is available at www.EarthMama.org, www.cdbaby.com, and www.Amazon.com. Digital downloads are available at www.iTunes.com and other online retailers. For more information about the CD or the artist, call (276) 773-8529 or send an e-mail message to Joyce@EarthMama.org. To listen to selections from the album, visit http://www.earthmama.org/hearasenseofplace.php. 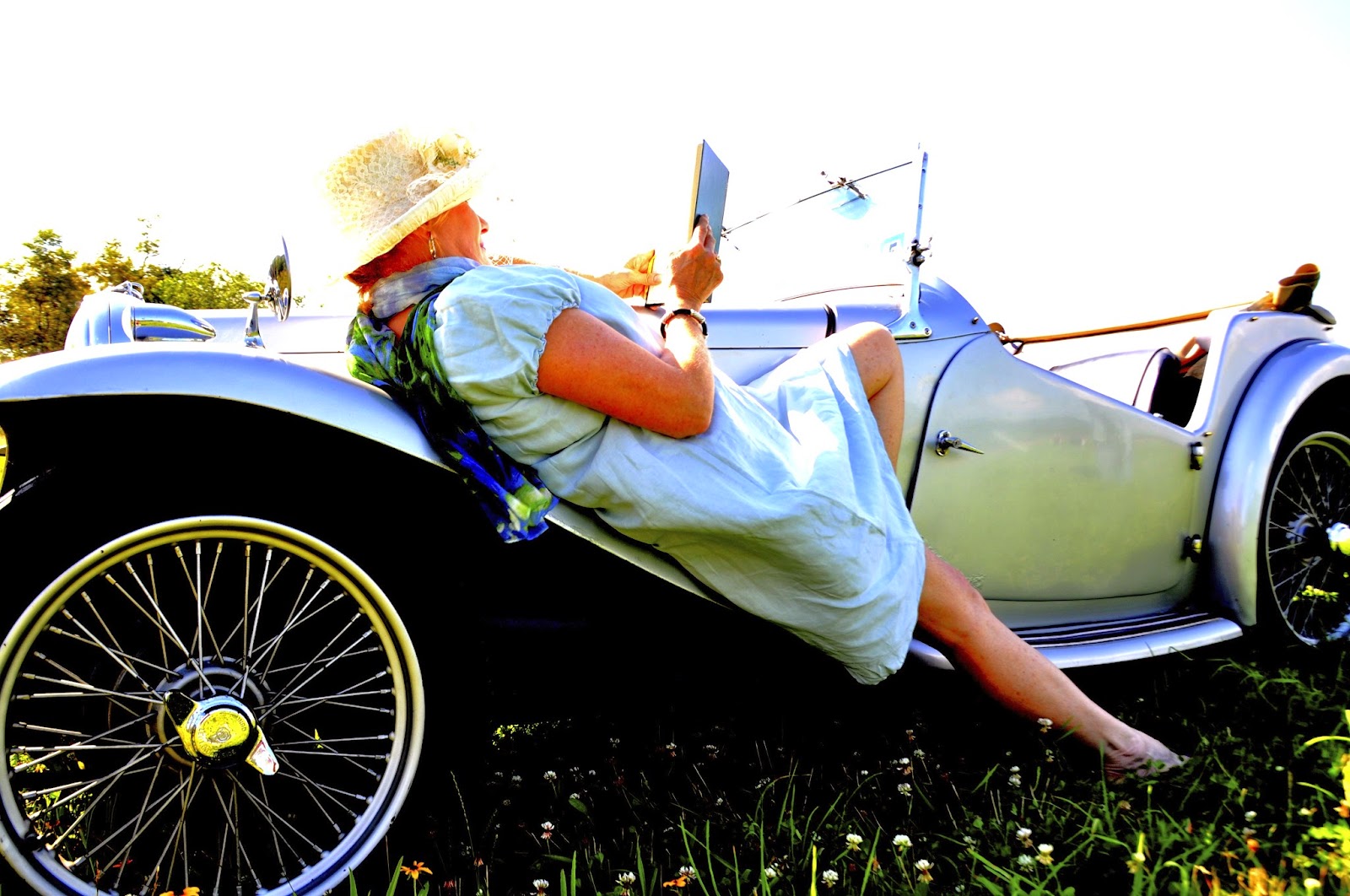 Posted by Chuck Whiting at 9:17 AM