Valerie Connelly to Perform Songs from Her New Musical 'FEARLESS!' at Valentine's Show in Nashville

The free "Valentine's Day Music for Lovers" show will occur at the hotel's WXYZ Lounge. Connelly, an all-ages veteran entertainer, says "Fearless! The Golden Love Musical" features 23 original songs "that capture the hearts and humor of those above 40 years old." Her "sneak peek" of comedy and love songs has been under development for many years.

Attendees will also enjoy a broad spectrum of original songs in the pop, show, blues, folk and country musical genres. The artist will perform on piano and guitar. 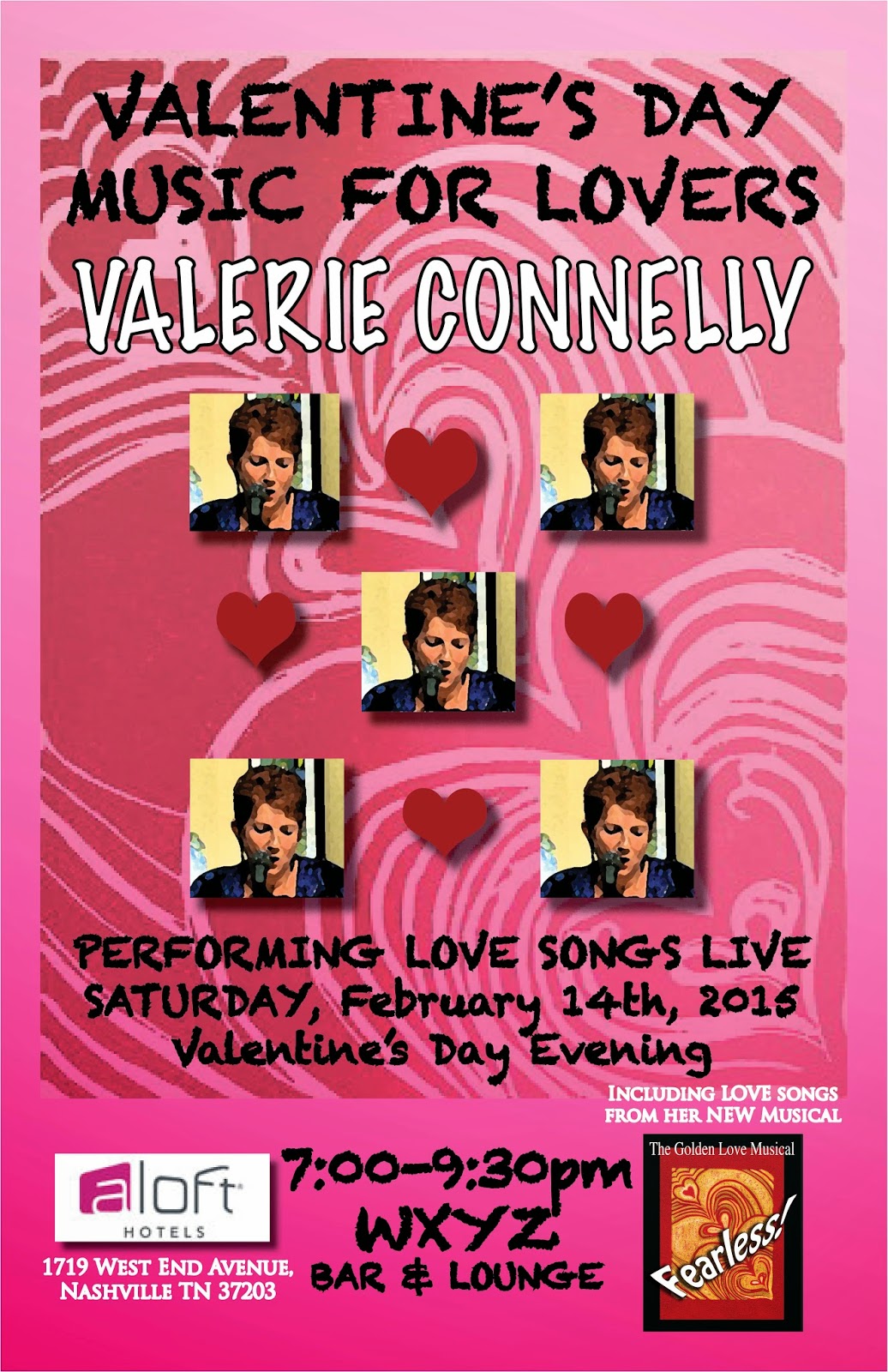 "There is no contemporary music platform for Baby Boomers," Connelly said, adding that nearly 100 million people fall into that generation. "They are all music starved, forced to live on a no-option diet of oldies-but-goodies."

Individuals can hear song clips and the "story behind the story" on the musical at www.FEARLESStheMusical.com.

Interviewed recently on the "Brent Carl Morning Show" on Cookeville's 1400-AM/107.7-FM , Connelly explained that she is taking "FEARLESS!" on a “Path to Broadway” home concert tour. Individuals can book the artist for donation-based weekend performances in their homes. Proceeds from the shows will be used to defray some of the "enormous pre-production expenses" in getting the show onto a New York stage. She hopes to boost a rapidly growing fan base and land support from potential Broadway investors. She and co-playwright Hal Alpiar have already received interest from a prominent investor in the Big Apple.

The investors were “extremely receptive to our script and especially to Valerie’s music,” said Alpiar, an award-winning script writer. “They provided us with some great feedback, which we have since fully integrated into the final book and CDs.”

A limited number of double-CD sets of the music from "FEARLESS!"  (Acts I and II, fully orchestrated and including printed lyrics) will be available for purchase at the Valentine’s Day evening performance.

Connelly, who hosted her own Internet radio show for six years, is also an accomplished fine artist whose paintings and block prints have been shown in numerous Midwest and Southern galleries. She is a five-time author, and runs her own publishing company (www.NightengalePress.com), with 180 books and over 200 songs to her company’s credit since 1990. During her early performing years, she took a two-year break to serve in the Peace Corps in West Africa, then followed with a two-decades-long French and English teaching career in Northern Chicago, which she overlapped with music performances throughout the Midwest and in Europe. 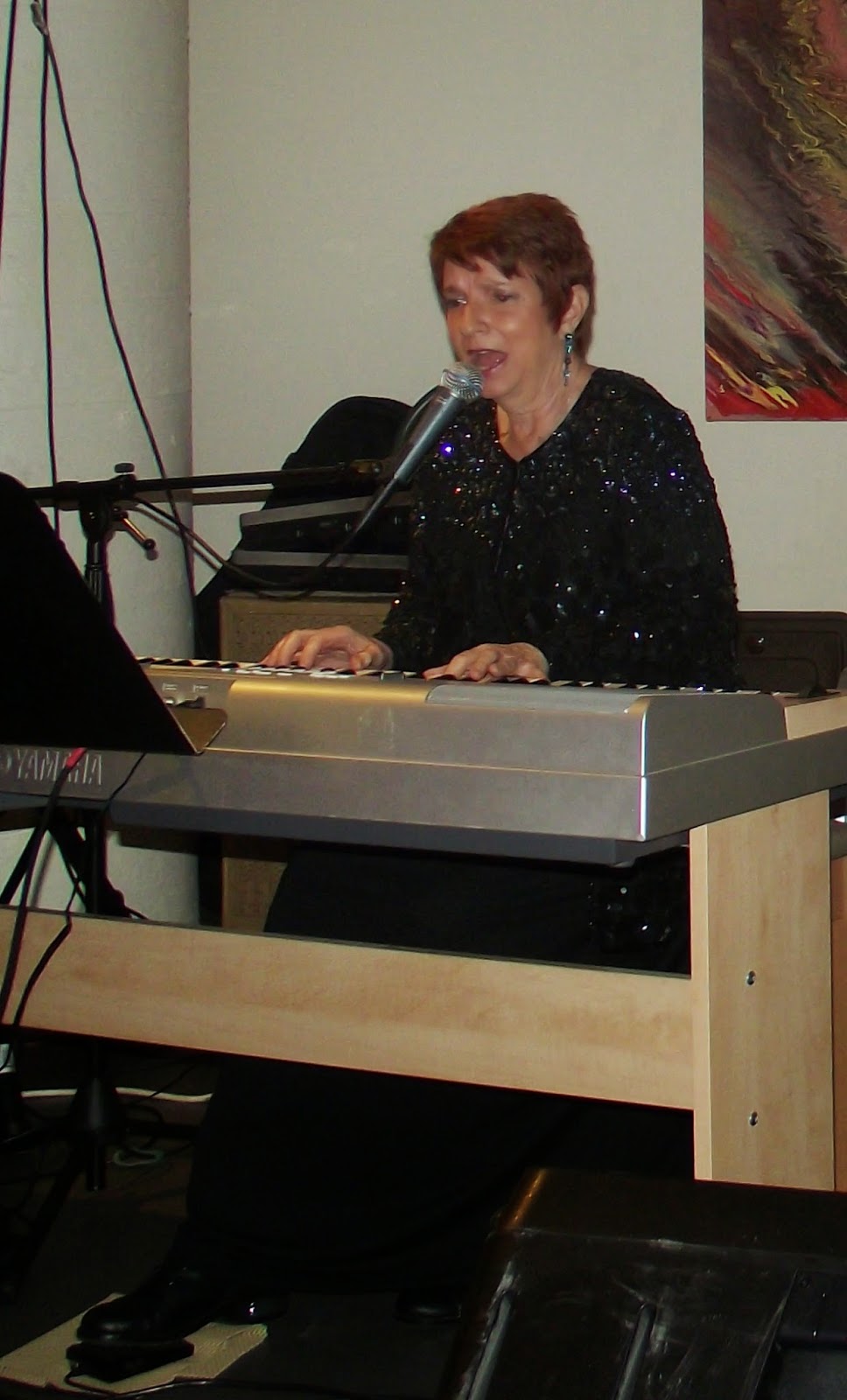 Samples of Connelly’s music can also be heard and downloaded anytime at www.songsbyvalerie.com and www.reverbnation.com/valerieconnelly.

Individuals who are interested in hosting a live musical performance in their home featuring preview selections from "FEARLESS! The Golden Love Musical", contact Valerie Connelly at (931) 854-1390 or send an e-mail inquiry to artist@valerieconnelly.com.
Posted by Chuck Whiting at 12:32 PM