NASHVILLE -- The Nashville Composers Association and "Film-Com" will present the seminar “Incorporating Everything You Do as a Composer Into a Living” with celebrity musical director and composer Michael Bearden from June 13-14 on Music Row.

Attendees of “Incorporating Everything You Do as a Composer Into a Living” (during this summer's "Score-Com") will learn how to utilize their diverse musical talents and abilities as composers into making a living. Bearden, who has been doing this for 30 years, will discuss how he has succeeded as a musical director/producer, keyboardist, and film composer. 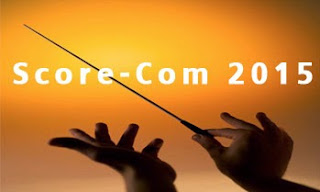 Bearden will provide an overview of his experience, including what it's like to work as a “celebrity musical director” for artists such as Lady Gaga, Madonna, Rod Stewart, Michael Jackson, and others; score films such as the Michael Jackson documentary “This Is It” and Spike Lee's “Drop Squad”; work on the Emmy Awards as co-musical director and conductor; and work on the "Late Show" with David Letterman as principal keyboardist/pianist. 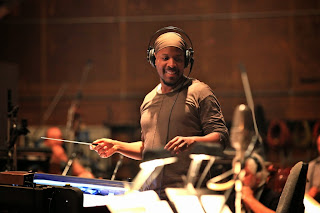 All symposium attendees can attend a "Film-Com" networking event on Saturday night. Heavy hors d’oeuvres will be provided. Composers are encouraged to bring their business cards, demos, or any other promotional materials.

All paid "Score-Com" seminar attendees will also receive all-access laminates to attend "Film-Com" film and television business events from June 13-18, including a VIP kick-off reception at Tacklebox in Marathon Village on June 16, business panels at the Country Music Hall of Fame's Ford Theater on June 17, the "New Project Expo" at NorthStar Studios on June 18 and 19, and the annual Film/Television Industry Gala at Frist Center for the Visual Arts on June 18.

Tuition for the “Incorporating Everything You Do as a Composer Into a Living” workshop is $55 for NCA members and $85 for non-members. Seating is limited. Composers must register by June 4 to receive an all-access "Film-Com" laminate. To register, visit http://nashvillecomposers.org/product/score-com-2015-ticket/ .

Posted by Chuck Whiting at 4:21 PM

Email ThisBlogThis!Share to TwitterShare to FacebookShare to Pinterest
Labels: Film Scoring, Film-Com, Incorporating Everything You Do As A Composer Into A Living, Michael Bearden, Nashville Composers Association, NCA, Score-Com
Location: Nashville, TN, USA