NASHVILLE, Tenn. (May 2013) -- Watercolor and acrylic painters can bring their failed paintings back to life during artist/instructor Gail McDaniel's "Resurrection Workshop" from June 7-9 at Plaza Artist Materials, 633 Middleton St. in downtown Nashville. 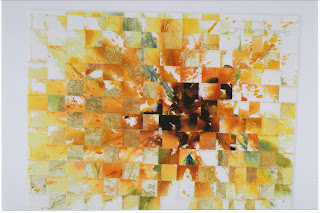 The Franklin, Tenn., instructor will show artists at all levels how to solve composition, value and color-related problems using her specially developed collage techniques. McDaniel's process involves applying collage, incorporating fabric, and using painting touchups to create breathtaking mixed-media works of art. Examples of the artist's rescue efforts can be found on her website at http://www.gailmcdanielart.com.
"As far as we know, this technique has never been taught in Middle Tennessee," said McDaniel, who was named the PENCIL Foundation's "Volunteer of the Year" in 2012. "If you are an artist who's given up on a failed painting, don't despair. Paintings can be rescued and transformed into something beautiful. Artists who attend my workshop are always amazed."
The "Resurrection Workshop" will meet from 9 a.m.-4 p.m. on Friday, Saturday and Sunday. Participation is available on a first-come, first-served basis, with seating limited to 20. The workshop sold out with a waiting list when it was last offered in 2011. Tuition is $150. Attendees are encouraged to bring a sack lunch all three days. For more information or to register, call (615) 599-5115. 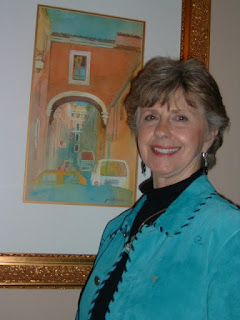 "Artists can turn those 'I don't know what to do with them' paintings into works they will be proud to frame," added McDaniel, whose studio is located in Franklin. "I will share insights about the techniques I've developed over the years and offer feedback or suggestions when needed. Each painting is resurrected differently. With McDaniel's direction and guidance, it will be up to each individual artist to creatively repair his or her own painting."
An award-winning visual artist, McDaniel has taught watercolor workshops on three continents and in Central America. She has trained more than 1,100 different artists from 36 different states (including Alaska and Hawaii), the District of Columbia, Australia, Brazil, Canada, Guatemala, Japan, Mexico, the Philippines and South Korea. She has taught 11 workshops at historic Ghost Ranch in New Mexico, a landmark where the late Georgia O’Keefe lived and painted.
McDaniel has helped raise almost $90,000 for the arts in area public schools through the "Students and Friends of Gail McDaniel Awards". The PENCIL Foundation in Nashville honored her for her efforts by naming her its 2012 "Volunteer of the Year". The fund-raising effort also earned McDaniel and her husband, Ken, a nomination in the "Volunteer Innovator" category of the 2009 Mary Catherine Strobel Award. She recently received an award for "Excellence in Community Service" from the Travelers Rest Chapter of the National Society of the Daughters of the American Revolution and was inducted into the Cave City, Ky., Hall of Fame. An eighth-generation Kentuckian, she has been named to the Honorable Order of Kentucky Colonels as one of  "Kentucky's ambassadors of good will and fellowship around the world."
McDaniel, who lives in Williamson County, gained international notoriety in 2001 when she was named an associate member of the Winsor & Newton Creative Artist Network in London, England, and invited by directors of the "Art in Provence" program to conduct an eight-day watercolor workshop in Dieulefit, France.
A native of Kentucky, she has studied under 37 noted art instructors. The artist’s reputation as a budding artist grew in 1984 when she was commissioned to paint a family landmark by Kentucky Governor Louie B. Nunn. She has had 52 solo exhibitions during her career. The Brentwood Public Library hosted her first Tennessee solo art exhibition in 1994.  In 1996 and 1997, she was invited to design the theme poster for the Nashville Symphony’s "Italian Street Fair".  In 1998, she was commissioned to paint 18 watercolor paintings for a permanent collection at the newly opened Marriott Hotel and Convention Center in Franklin, Tenn.  A year later, she was commissioned to paint 13 pieces for the annual Nashville Scene N-Focus social calendar. 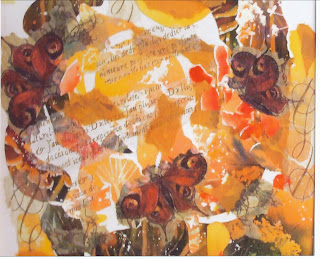 In 2000, she became a member of the arts faculty of Cheekwood Botanical Garden & Museum of Art in Nashville, teaching weekly art classes. A year later, she was commissioned to paint a promotional streetscape of four homes for Newmark Homes and five other paintings for the Nashville Home Builders Association/SunTrust Bank 2001 "Parade of Homes". In 2003, she traveled to Giverny, France, and painted in Monet’s Garden. She has judged local, regional and statewide art shows, including a statewide competition at the Tennessee State Fair in Nashville.
In 2005, McDaniel was commissioned to paint the invitation cover for "A Little Night of Music", a PENCIL Foundation fund-raiser starring LeAnn Rimes. A local newspaper spotlighted the artist after she created a poster commemorating the 50th anniversary of the Brentwood Chamber of Commerce. She was invited to be the featured artist for the "Martin's Master Show" in Brentwood, Tenn., in November 2009.
Other upcoming training opportunities with McDaniel include watercolor painting classes for artists at all levels at Brentwood United Methodist Church (April 30-July 9); classes for intermediate and advanced artists at Plaza Artist Materials in downtown Nashville (May 1-July 10); and the "Disappearing Purples Workshop" on May 31 in Cookeville, Tenn.