The Nashville Composers Association always does an outstanding job with its annual "Score-Com" event during Nashville Film Month, but this past weekend's seminar has taken the organization to new heights. 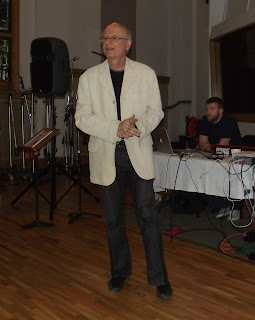 The two-day symposium (April 13-14) at Ocean Way Studios gave budding and professional songwriters/composers invaluable insights on the business and creative sides of writing music for film and television.

John Capek's credits are noteworthy. He has achieved international acclaim as a composer, songwriter, keyboard player, producer, arranger and scorer for films and TV shows, including "A Perfect Storm", "Cocktail", and "Blown Away". He has written songs for Bonnie Raitt, Cher, Diana Ross, Joe Cocker, Toto, and many others. When you add his laid-back charm and experiential (alternative-to-Music Row) philosophy, you have one of the best motivators in the business.

The composer spoke on two topics during his Saturday and Sunday afternoon sessions: "The Other Half of A Song, Melody and Harmony" (Day One) and "Let's Write An Anthem Together: An Interactive Group Songwriting Exercise" (Day Two).
According to John, the key to music success rests on several key steps:

* Find your niche... a one-of-a-kind songwriting approach that no one else has (think Lennon, Queen, Dylan and Nirvana). (John is known for his colorful chord structures, creative rhythms, and unexpected twists and turns.) 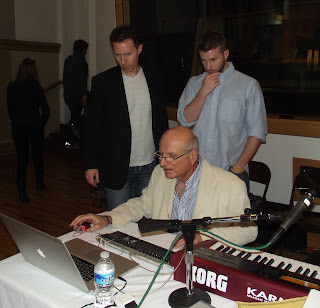 * Develop your social skills to help build a professional network of potential collaborators. (John ended up working with a number of people he met at networking events.)

* Understand and adapt to fast-changing computer technology. (John demonstrated his use of Pro Tools during the seminar.)

* Write songs and compositions that build tension, anticipation and surprise by delaying the resolution until the very last moment. (The artist demonstrated this by playing examples from his own catalog, as well as legendary artists of our time.)

He outlined the process a songwriter/composer takes to find success. In the beginning, an amateur songwriter typically tries to emulate his or her favorite artists (i.e. The Beatles copied Chuck Berry). Later, the writer expands his/her boundaries with risk-taking and experimental writing (i.e. Queen broke through musical boundaries with tunes such as "Bohemian Rhapsody"). Finally, the writer connects with his/her audience through graceful simplicity (one example is the Lennon classic, "Imagine").

John admits that he is no fan of traditional songwriting techniques taught by Sheila Davis and others. To him, there are too many Taylor Swift wannabes writing in the same predictable way. Their songs essentially sound the same with quick, tonic-oriented melodic resolutions and common lyrical rhymes. To him, every song needs a surprise (both melodically and lyrically). Writing a successful song requires personality, experimentation, long hours, and a certain amount of risk.

"There are so many ways to bring out your personality in a song," the composer added. "Try keeping every line in suspension until the very end, where you resolve. Explore the total range of possibilities."
John used several Lennon demo clips to show how the late legendary tunesmith experimented to discover the perfect approach for the Beatles classic, "She Said She Said". Experimentation includes writing nonsense, trying out new chords, and phrasing things in unconventional ways. You continue working until you break through what he calls the "cringe factor".

As an overnight exercise, John asked the two-dozen composers to write and record a one-minute piece of music based on an emotional experience. He was impressed with the resulting wide range of original music (featuring piano, strings, guitar, and sound effects), telling members of his audience that they have a "bright future."

John closed by having the audience collaborate on the writing of an original song for film or television. First, attendees were asked to write a letter about their imaginary experiences in Afghanistan. Then he used selected lines for the lyric. Later, he used his piano to choose the rhythm and instrumentation for an experimental recording.
Attendees left feeling invigorated and encouraged... and ready to experiment!

Footnotes... The Morning Sessions and the Big Party 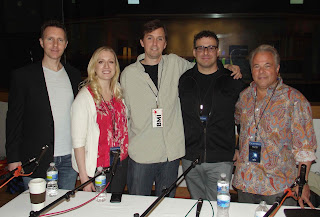 * Have a lifelong yearning to learn and adapt to what's happening now.

* Success is not going to wait for us.

* We're moving in the direction of "Star Trek".

* Be as business-like as possible.

* You have to re-invent yourself every five years.

* Don't give everything away for free.

*  Self-promotion comes down to relationships.

*  "This is the Wild West"... Keep your business house in order.

* Be in control of your own copyright.

Saturday night's "Score-Com"/"Film-Com" party was sensational. Scroll down for photos.

Coming Up: A story on this week's "Film-Com", followed by a series of stories on this year's "Nashville Film Festival". See the stories and others at http://www.MusicCityArtsUpdate.com . 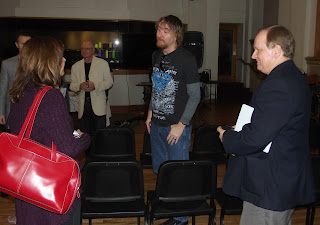 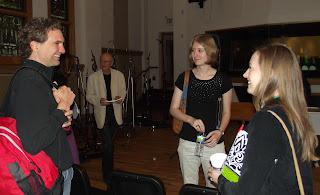 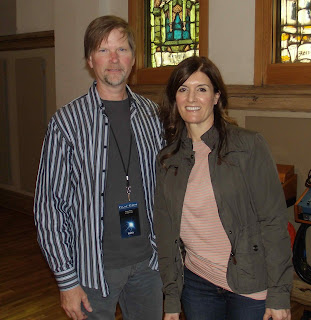 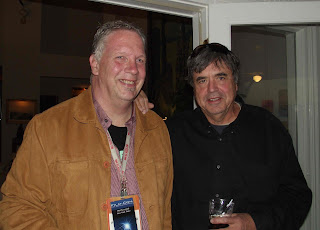 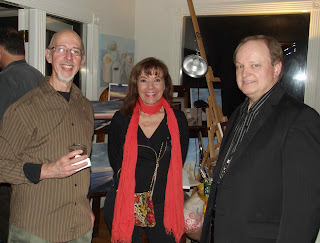 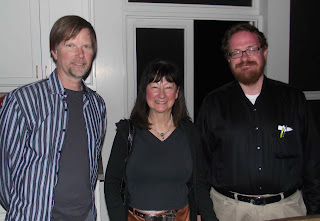 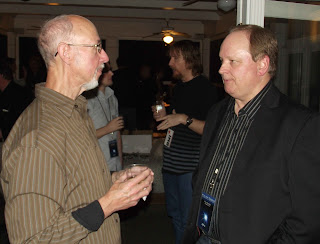 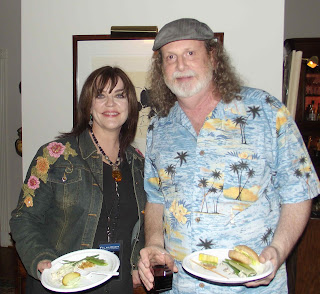 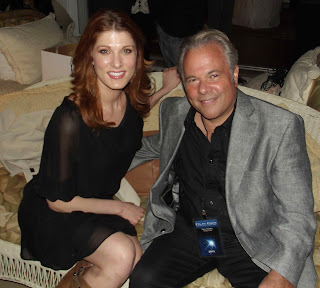 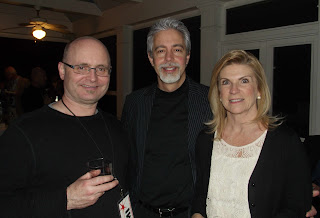 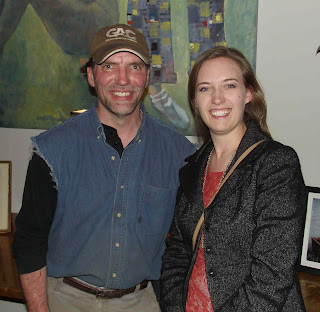 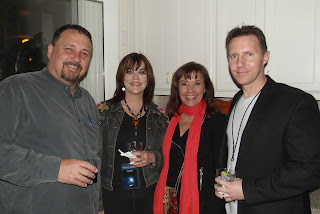 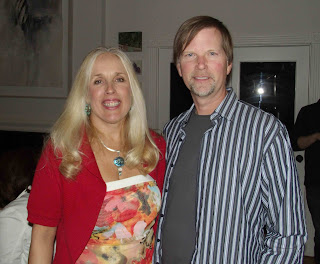 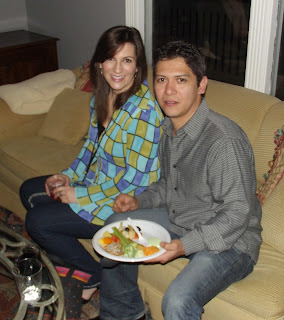 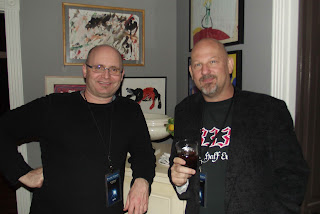 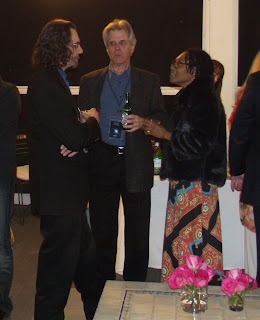 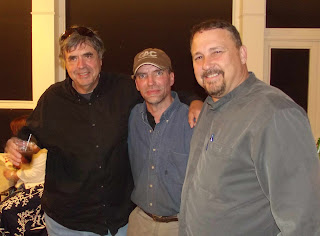 Posted by Chuck Whiting at 8:28 PM