NASHVILLE, Tenn. - The "Nashville Film Festival" has announced the film line-up for "Tennessee First" to be screened at the 44th annual festival, scheduled from April 18-25 at Regal Green Hills Cinema. 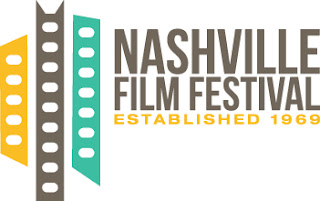 These films were all made by, about, and for the people of Tennessee. From quiet memories, to nights shattered by violence, these varied stories will take you on a wild ride from the Mississippi to the Appalachians.

“We are so excited about giving as many filmmakers as possible a shot at making the festival,” said NaFF Artistic Director Brian Owens. “We are deeply committed to supporting our Tennessee filmmakers.”

“Every year we have more local filmmakers submit to NaFF and we see that the overall quality is going up,” said Executive Director Ted Crockett. “We plan to expand our showcase for Tennessee films next year by expanding our "Tennessee First" opening night to a full day of screenings.”

The "Nashville Film Festival", like other major film festivals such as Sundance and Tribeca, is open to the public. Tickets may be purchased to any of 200 events, including films, panel discussions and parties. NaFF brings in filmmakers, celebrities, and industry insiders to mingle with people who enjoy film on the big screen.

The 'Tennessee First' feature films include:

"Indelible: The Case Against Jeffrey Womack" (Director: Demetria Kalodimos) -- The murder of Marcia Trimble has been called Nashville’s crime of the century. One man would be blamed, charged, and ultimately disproven as a killer, yet the stain of suspicion remained indelible.

"Music City USA" (Directors: Chris McDaniel) – A behind the scenes look at the artists, entertainers, and musicians that put the music in Music City. The people and places that make Nashville tick. A resilient city filled with creativity and heart.

"Nashville 2012" (Director: Jace Freeman and Sean Clark) – From underground wrestlers and street musicians to environmental activists and empowered immigrants, this accumulation of gritty narratives combine for an intimate portrait of a city. 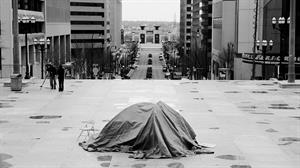 "TWO: The Story of Roman & Nyro" (Director: Heather Winters) – The journey of songwriter Desmond Child and his lifelong partner Curtis Shaw, and how they met Angela Whittaker, the woman who would carry their twin sons, Roman and Nyro, into the world.

"Worm" (Director: Doug Mallette) – When the miracle product Fantasites, a parasite that returns our ability to dream, hits the market, the world quickly gets swept up in the phenomenon and Charles is no exception.

The Tennessee First short films include:

Nashville Film Festival (NaFF), April 18 – 25, 2013, presented by Nissan, brings the world to Nashville in an eight-day celebration of film. Attended by filmmakers and industry insiders, and open to the public, NaFF screens more than 200 films from nearly 50 countries.  NaFF celebrates the diversity of the human voice and vision by curating program segments to include Latino, Black, GLBT, Jewish and Kurdish films. Founded in 1969 by Mary Jane Coleman, it is one of the oldest (44-years) film festivals in the U.S.  As an Academy Award Qualifying Event, NaFF draws filmmakers and celebrity guests to its red carpet at the Regal Green Hills Stadium 16. The Festival annually garners notice from the Associated Press, The New York Times, The Wall Street Journal online, MovieMaker Magazine, Film Festival Today, IndieWire, Variety, Billboard, New York and Script Magazine.

Learn more about the "Nashville Film Festival" at http://www.NashvilleFilmFestival.org.